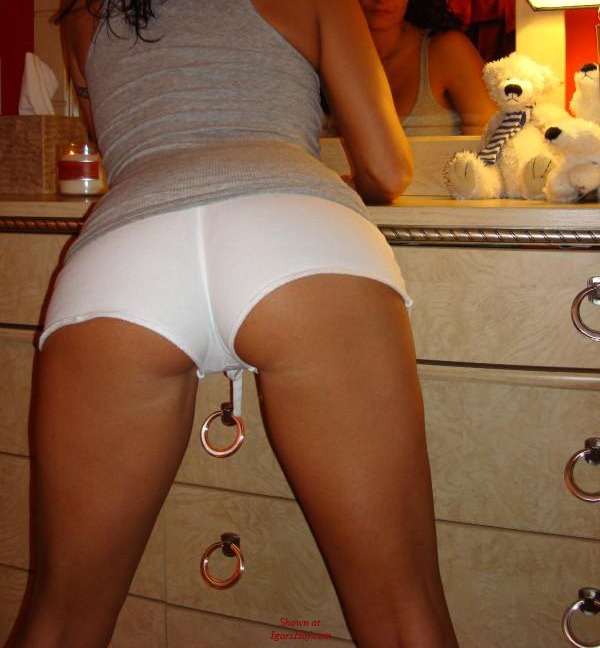 Home Alone With My Younger Brother

After being away at college for the past two years, I decided to go home for the summer.  I hadn’t seen my parents or my scrawny little brother since I left and was missing them like crazy.  I didn’t tell anyone that I was flying home for the summer, I wanted to surprise them. Then I walked into the house and there on the couch was my little brother and one of his friends playing video games.  HOLY SHIT, I thought, my brother has grown up so much!  It was like a whole new person sitting in front of me.  He turned toward me and jumped up off of the couch to give me a hug.  “Oh my God, Brooke! Why didn’t you call and let us know you were coming home?” He asked.  “I wanted to surprise everyone,” I said.  Smiling, he pulled me in for a hug.

I heard someone clearing their throat and looked behind my brother.  There stood a guy about 6 feet tall with sandy brown hair and blue-green eyes.  He had a really nice body, muscular with just the right amount of definition.  “I’m Wes,” he said with a gorgeous smile, “and you must be the infamous Brooke that I hear so much about.” I let go of my brother and went to shake Wes’s hand. “I am.” So I started to say as he grabbed my hand and pulled me in for a hug.  So I was a little shocked, but definitely welcomed his firm body pressed against mine.

He whispered into my ear, “I look forward to getting to know you.”  Damn, if this guy wasn’t confident.

While it was sexy as hell, I was not about to let him think that he could get what he wanted as easily as he seemed to think he could.  I stepped back from his embrace, gave him a sexy smile, and turned back to my brother.

“Where are mom and dad?” I asked.  “They went to go see grandma for a while.  She is having surgery tomorrow and they will be taking care of her for a few weeks.  I really wish you would have let us know you were coming, sis, I bet they would have loved to be here to see you.”  “Well, I didn’t think it would be a big deal to just show up,” I said.  “I’m sure I’ll get to see them for a little while before I go.  At least you are here and I can spend some time with my little bro.”  “That is awesome!” he said.

We sat down to catch up for a while.  It turns out that he joined the football team and Wes is his best friend that is on the team with him.  No wonder he is so cocky…the guy gets all the girls in school.  I was determined to teach him a lesson.  It turns out he had pretty much moved in to keep my brother company while my parents were gone.  Over the next few days, I made sure to wear the tightest, shortest shorts that I owned and that my nipples were conveniently hard and visible through my braless tank tops.

I could see how hard his dick was in his shorts every time I teased him.  I even caught my brother looking as I bent over in front of them.  The next month of my life is going to be SO much fun!!!    To hear what happens in the next week, give me a call 🙂  I’ll be happy to tell you ALL about it!