Hippy Live-in Nanny Ready To Handle Everything I Have ♕ 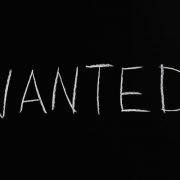 The new hippy live-in nanny would be my new entertainment!

I finally gave birth to a 9.5-pound baby boy two weeks after my due date.  Thankfully all that BBC training paid off.  Without the daily pussy stretches, I could have never delivered that baby without a C-section. But my tight pregnant pussy did just fine!  I encountered some surprises along the way but I didn’t expect one of those to be a new hippy live-in nanny.

My married lover got more and more excited about the coming of the baby.  As the timing got closer, my boyfriend became increasingly intimidated by the fact that I was having someone else’s kid.  The pressure finally got to him and we had to take some time away from each other.  But something unexpected happened.  My lover told me how much I meant to him and how much he wanted the baby, me, and him to be a family.  He shocked me by telling me that he had quietly divorced his wife.  He has been staying in a suite at the Ritz Carlton for the last three months.

Before he moved in, he wanted to make sure that I was settled in with the baby and set for childcare.

He insisted on hiring a hippy live-in nanny.  I was not thrilled because I intended to get back on the BBC train as soon as my pussy shrunk a little. He told me not to worry.

We interviewed a number of candidates and settled finally on Hannah.  She was taking a break from graduate school and was experienced in childcare. Hannah had a bohemian look.  For her second interview she showed up in a cute little flowered dress then hit just above her knees, and a faded jean jacket and big funky earrings. I was able to catch a glimpse of her really cute panties.

When she started work, I showed her around the house.  I made clear that my bedroom was off-limits as was the guest room where I took my BBC.  She settled in well and all was running smoothly until I came home from the grocery store.  Hannah did not hear me enter or come upstairs.

When I got to the top of the stairs, I saw the hippy live-in nanny in my room.

At that time, something snapped in my mind.  A mixture of post-partum blues and disappointment in my boyfriend triggered a spurt of irrational anger. I grabbed the hippy live-in nanny by the throat and began to choke her and pound her like a sledgehammer.   When she started to whimper, I stuffed my piss-soaked panties in her mouth to shut her up and avoid waking the baby.

Eventually, I pounded her pussy in the same violent way.

I told her that if she stayed there would be new rules. I told her to open her mouth and I filled it with my pee.  She was down my toilet on the go! After she showered, I had her put on crotchless panties and insert a big fat plug in her ass.  I told her it only came up if I told her she could take in out.

Finally, a had her put on a tack bra and laughed as those dozens of little tacks tore into her nipples.  I sent her to bed like that and told her that her training would begin in earnest tomorrow.

Come enjoy some fetish phone sex with me!