I Made The Head Cheerleader Lesbian ♕ 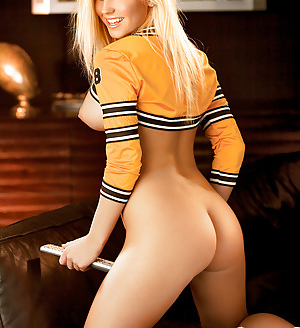 I Made The Head Cheerleader Lesbian

I love to play with girls. Love it, even more, when I can steal them from their boyfriends. I want to tell you about when I fucked the lead cheerleader. I made the head cheerleader lesbian.

She was so sexy. Believe it or not but I was a bit a dork in school, a sexy dork, but still a dork. I had had my eye on her since I started school. She was just so sexy, huge tits, long blond hair, and just the kind of bitch I like to play with.

Her boyfriend had been flirting with me for weeks. He was trying to fuck me so bad. But his was such a dumb ass, and rumor had it…he had a tiny dick. His girlfriend was way too hot for him. But he was the top football player, so of course, she had to date him. But I had other plans for her. He could never fuck her as well as I could.

One night I had a house party and I invited everyone to school. Of course, the hot couple came. I made sure to have lots of liquor for them. He was outside near the pool with all his buddies. While I took shots with his girl. I got her pretty drunk and she wanted to go lay down. So I escorted her to my bedroom. She laid down. Her tits almost popped out of her dress. As she started to pass out. I started to kiss her. She began to kiss me back. I ran my hands over her body and she began to give in to me. I never knew that this night would change her life forever.

So I whispered to her, “I am going to make you into my lesbian slut.“

I pulled off her cute little panties and began to lick her pussy. Even though she was very drunk I still was able to get her off right away. Then she ate me out. She was very good at it. The entire time I told her what a good little lesbian she was. That she ate pussy just like a lesbian. But I did hear that all the cheerleaders practice on each other so it was expected. Now I was a very sexual teen. So I had a drawer full of toys. So I pulled out m strap-on. Yes, I had a strap on. I had not had a chance to use it yet. But I wanted to use it on her.

The best part was that after we were done she stayed the night. The morning sex we had was even better. After our experience, she begged me to date her. She even broke up with her boyfriend for me. She and I still keep in touch. Every time we fuck it is amazing.

Want to know more? Call me and I will tell you all about it during our Phone Sex!