He Drank Every Drop Of My Piss 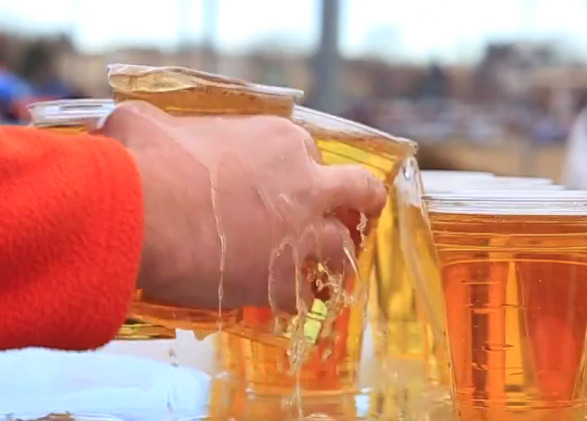 My legs were clenched together. I was bouncing from foot to foot. I really needed to use the bathroom. I had been at one of those all nighter parties. Every bathroom had someone passed out around the toilet bowl with barf all over the place. I was fucked unless I wanted to piss out in the yard or the sink.

I found a few empty solo cups and hid myself in a vacant room. I shimmied my jeans and panties down. I squeezed the cup between my thighs and let out a thick steady stream of hot piss. That amazing feeling ones gets after holding  piss for so long.

I filled the first cup in seconds, The next one was swapped out and filled instantly. I needed more cups! I was looking over the room but found nothing. I heard a floor board creak. I turned my head to see a guy from last nights party watching me. I have no clue how long he was there for, but he was obviously very keen on what he was witnessing.

He saw my issue and walked over to me. Without a single word between us, He pulled the almost full cup away from my pussy and latched his mouth onto my mound. His eyes were closed and he was gulping my golden urine down. At first I was just in shock and stood stalk still, but then I could feel his tongue lick my back and forth. He was still suctioned to me while he cleaned the droplets off.

The faster he pumped his hand on his cock, the more intense his pussy licking became. I was bent over and holding myself up on his shoulders. I bit my lip and had a silent orgasm. Just as I had mine he was about to have his. He pulled his mouth from me and took up the cup, he drank it down and kept stroking. He blew his load all over the floor and somewhat on my bare feet.

Once done I actually said thank you for the help. He grabbed the second cup and held up the cup as a way of say cheers. He walked from the room while sipping my piss like fine wine.

Now you may not be into golden showers but you ARE into pussy licking! Are you willing to do anything I say?

Call me and lets play!