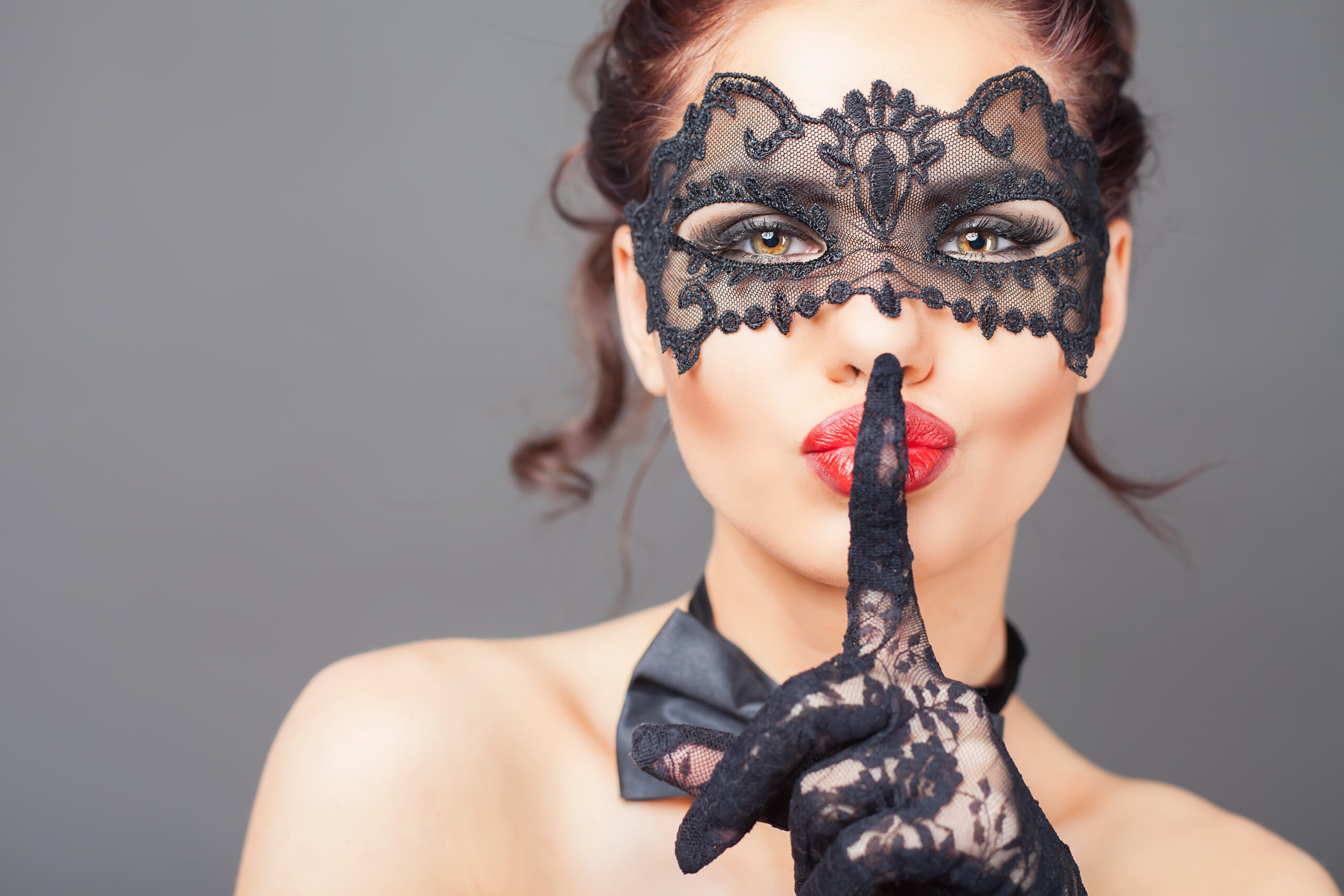 My boyfriend and I were invited to a costume party for Halloween.  I had to work that day and told him that I would just meet him there.  After work, I tried to call him, but his phone kept going straight to voice mail.  I figured he was at the party already and just forgot to charge his phone, as usual.  I hurried home, took a quick shower, and dressed up in my naughty nurse costume.  It had an extremely short mini skirt, thigh highs, a very tight corset-type shirt that showed off my nice big tits, and a sexy masquerade-type mask that covered everything from my nose up.

One of the rules for this party was that everyone had to have some kind of mask.  The only thing left showing on my face was my luscious lips, covered in a deep red lipstick.  I took one last look at myself in the mirror and, HOLY SHIT, I looked hot as fuck!  I blew myself a kiss, turned in my 6” red heels and strutted my sexy ass out the door.

When I arrived at the party it was already in full swing.  I could hear the excitement from down the block where I had to park.  My boyfriend was supposed to be dressed up as a doctor, and I was his nurse.  According to our earlier conversation, he was going to hospital scrubs, the head cover and the face mask.  He shouldn’t be too hard to find, I’m sure.  The sheer amount of people there was overwhelming as I made my way into the house toward the kitchen.

I found my friends that we were throwing the party and gave them both a huge hug.

When I asked if they had seen my boyfriend, they replied that they hadn’t, but that didn’t mean anything since there were so many people.  I decided to just enjoy myself for now and figured that I would find him eventually.  If I kept looking, I’d never get to enjoy my night.  After a few drinks, lots of mingling, and quite a bit of flirting, my pussy was in need of some attention, and soon.  I thought I had spotted my boyfriend heading up the stairs so I took off to find him.

I’m the type of person who when intoxicated, I have this insatiable sex drive.  I needed my boyfriend, like now!!!  Then I hurried up the stairs, peeking in different rooms (which only turned me on more to see people in all states of sexual acts), finally finding him in a bathroom at the end of the hall.  I hurried inside, shut the door behind me, and made sure I locked it so we wouldn’t be disturbed.  Before he could say a word, I was on my knees in front of him tugging his pants down.  It looked like he was about to protest but as soon as my red lips were wrapped around his cock all I heard was moaning.

His hands wrapped in my hair as he began to fuck my mouth.

I opened up wider, allowing him to slide his cock deep into my throat.  He seemed bigger, but it could be that I had a few to drink already.  I couldn’t take it anymore, I needed him inside me and I think he could tell because without a word he pulled his dick from my mouth, pulled me up, bent me over the counter, and pushed my skirt up over my ass!  Mmmm, this aggressive behavior wasn’t like him at all, and I LOVED IT!!

His cock continued to pulse inside of me as load after load coated my insides.  I was spent!  I had my head down on my arms, leaning on the countertop, with my eyes closed when I felt him pulling out of my dripping cunt.  He leaned down, kissed my neck, and slipped out of the bathroom.

I finally recovered, cleaned up a bit, and headed back out to the party.

I looked all over for him but it was useless, there were too many people and he was nowhere to be seen.  So I decided it was time to go and tried to call him again but his phone still was going straight to voicemail.  As soon as I got home, I fell onto my bed and passed out.  When I woke in the morning my phone was ringing like crazy.  It was my boyfriend.

I answered and the first thing he said was, “Hey baby girl!  I hope you had fun last night.  Sorry, I couldn’t make it, I felt like crap and forgot to charge my phone before I passed out.”  I sure as hell wasn’t about to say a damn thing about the previous night.  But, if he wasn’t there, who exactly was it that I fucked in the bathroom???  Hmm…we can only speculate!  Give me a call, let’s see if we can figure it out together…or maybe it was you?