BITCH OF THE WEST – THE HALLOWEEN CHRONICLES 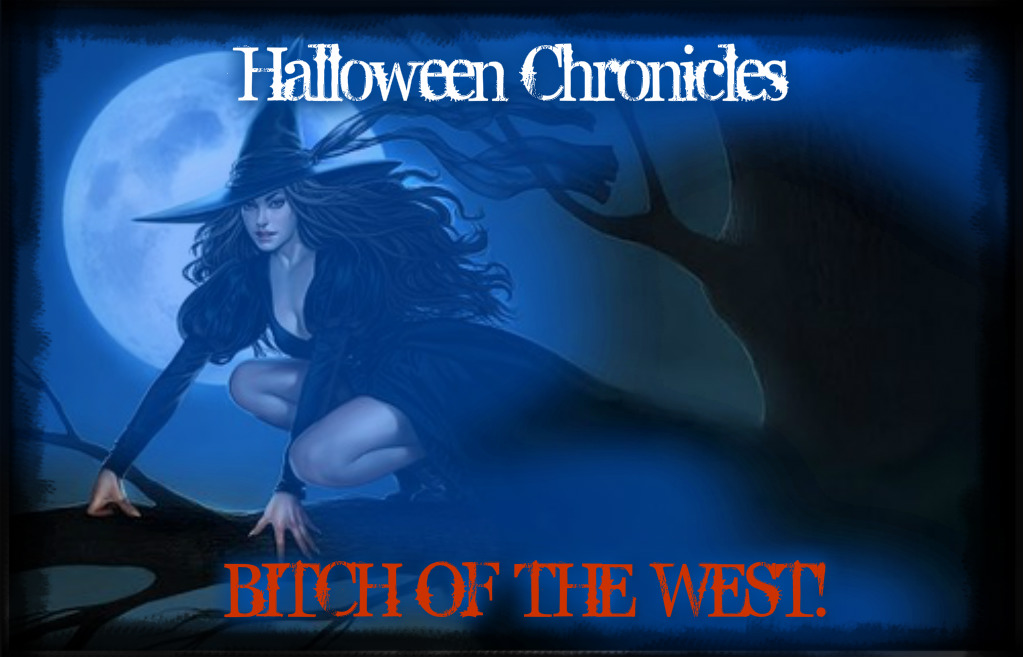 BITCH OF THE WEST – THE HALLOWEEN CHRONICLES

BITCHES.  Where did we last leave off in the Halloween Chronicles? Hard to keep track with such delicious debauchery afoot, yes? Well, this is the tale of the Bitch of the West…Or, should that be the “Tail”? LOL  Welcum to the inner sanctum and get an earful of this twisted little sister and her merry band of fuck boys…Can’t wait until the end? My, my…why such a hurry, huh? Need to quickly read this, then call to fuck me?  I CUMpletely understand, Baby. read on…

Our resident BITCH wasn’t always, so you know…Quite the contrary, my loves…She started life as a sweet, little lady who only wanted to love and be loved in return…Giggle. THAT’S EXACTLY WHERE SHE WENT WRONG!  Here is where Daddy’s Good Little Girl…Takes a Turn For The VERY WORST. Mwahahahaha  (Maniacal laugh. Teehee)

So, way back in the day, when our girl first started dating the Captain of the football team and they spent that first afternoon behind the bleachers making out, then going for the touchdown.  What she walked away feeling, was like she was in love…Until she heard the rumors he was spreading about her!  He wasn’t nice at all…He had used and abused her and was now making a fool of her and ruining her pristine reputation while he was at it!  Hmmmm. Payback can be a bitch…right after you stop dating her! Hahaha

Years after a few such instances of “love”, our little heroine has had enough! Time to turn the tables…lose the “feelings” and just give in to the Power of the Bitch! Oh, yeah. It was on!  The very next day, she rose early, showered, shampood and dressed her pretty little ass to the nines! Then she walked out her front door and slid in behind the wheel of her 911 and out onto the highway. When she got to Rodeo Drive, she pulled up to Two Rodeo, flipped her key to the valet and strode off in her 6″ stilettos.

It only took about 30 seconds for the first “Rich Daddy” to appear by her side, never losing step with her…impressive.  But, nowhere NEAR enough. LOL  She ALWAYS made them try harder and harder and…well, you get it…She had becum a woman of excesses…Her theme became the word, “More”…please. Giggle.  Men from every conceivable angle came at her and she swatted each away, much like mosquitoes. And after taking tours of both Agent Provocateur and Jimmy Choo, she decided it was time for a treat at “208”. 208 was not only a haven for the wealthy who wish to be seen, but also a hot pickup spot for a discreet afternoon tryst.

She eyed several men instantly upon sitting at her private table giving her a prime vantage of the other patrons.  An older man in his 70’s, but extremely well maintained approached first. He wasted absolutely no time sliding in beside her in the small booth. Before she could even smile, his hand landed on her thigh with a squeeze and his breath hit her ear with the proposition…

“Meet me at ‘Mr. C’s’ in 20 minutes. Check into the “C” Suite and wait for me…Order anything and EVERYTHING you wish My Dear.  You are worth every penny. And…YES! I am VERY aware that you’re no whore! And that you intend to take from me everything you want.” His smile broadened. I’m sure his dick got harder too…I held no facial expression; though inside, I squirmed under the new wetness.

“You have no idea, Daddy. But, you will” She retorted with a light laugh.

He returned the laugh and kissed the back of her hand…She returned the affection with her own “proposition”. She locked eyes with her new suitor and he leaned in to her seductive glance. She stroked his cock under the table until he was stiff enough to make the said table levitate.  And he thought he was about to get everything he ever wanted.  Be careful what you wish for…Life can be a real bitch…LOL

She entered the lavish suite of rooms, which were exactly to her tastes.  Something she might have paid for herself…if she ever had to. She never had to.  Hahaha.  She’d almost forgotten the porter lingering near the front door, until he cleared his throat. She turned to find him rolling his eyes over her body, nearly drooling and she stuffed the fifty into his palm and smiled. He backed away from her, not wanting to miss a single inch. Cute

Her back hadn’t turned when she saw him on the bed, nude and hungry. Dropping her wrap dress to the floor with a single pull; she stepped forward in her black thigh highs with lacy tops and pink panties with black lace overlay…Her curls bounced, as did her tits as she walked toward him on the bed.  He never knew what hit him.

He awakened with the blissful memories of her taking him, in every conceivable way. Flashes of her lovely face as it bobbed along his shaft and over his balls with those ruby-red lips…of her “taking him” the way he’d sworn no one short of the state pen ever could!  Giggle She’d degraded him, belittled him, subjected him to debauchery and damned near mayhem. LOL

And then, she was gone. He woke, one wrist still tied to the bed-post and thirsty. She’d drained every ounce of fluid in his body and then she just walked away…Her only remnant? A business card on the night stand. He felt…cheap, vile and thrown away…and he loved it..He smiled as he drifted back to sleep.