Golden Shower Surprise: My Introduction to a World of Kink 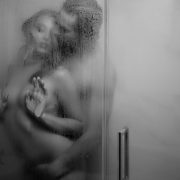 When I was a teen just out of high school, I had an affair with my first boss and he introduced me to a world of kink. I had the body of a sinful slut but was still pretty innocent back then. Of course, I had experimented with anal and with my girlfriends but other kinky activities were new to me. I definitely had never been peed on or peed on anyone. I don’t think it even occurred to me that something like that could be really hot. That’s why I credit my first boss for introducing me to a world of kink with a golden shower surprise.

The affair started innocently enough- in his office late one night after everyone else had left for the day. He was so excited that this much younger girl was just as eager as he was to fuck. The first time, he busted my blouse open and worshiped my big titties like he had daydreamed about it a million times. Then, just like in the movies, he dramatically pushed everything off his desk and fucked me on it.

It was the first time I was “the other woman” and it felt so naughty and exciting. Not to mention, he was so much more experienced than me, so everything felt new and so hot. I was so hooked on him, I was like his obedient sex slave. I wouldn’t have said no to anything he asked of me.

So, when he wanted to take things out of the office and back to his home, I agreed. He said his wife was out of town and promised we would have the place to ourselves. When we arrived, he immediately suggested we should fuck in the shower.

He fingered me as we made out underneath the hot water. The glass steamed up all around us. Then he asked me to get on my knees. I was more than ready to suck his massive cock. I sucked on him for a while then he asked me to lean back and open my mouth.

Then he sat on the shower floor and asked me to piss on his chest. It excited me that I was going to get to feel that power over him too. Squatting over him, I let my golden juices flow. I loved feeling like I was humiliating him but it was also in kinky fun. He stroked his cock as he watched me empty my bladder all over him.

It was my boss’s wife. She screamed for me to get out. I jumped up, grabbed my clothes off the floor, wrapped a towel around my piss-scented body, and ran out the front door. I worried that I had ruined his marriage. But another girl in the office let me in on my boss’ secret. It turns out his wife got off on catching him with young girls.

My kinky boss definitely piqued my interest in all kinds of kinks and opened up a whole new world to me. I am forever grateful.

Want to have some kinky fun with me? Call me now, let’s have some hot phone sex!