Giving A Foot Job With My Sweaty Feet After My Workout* 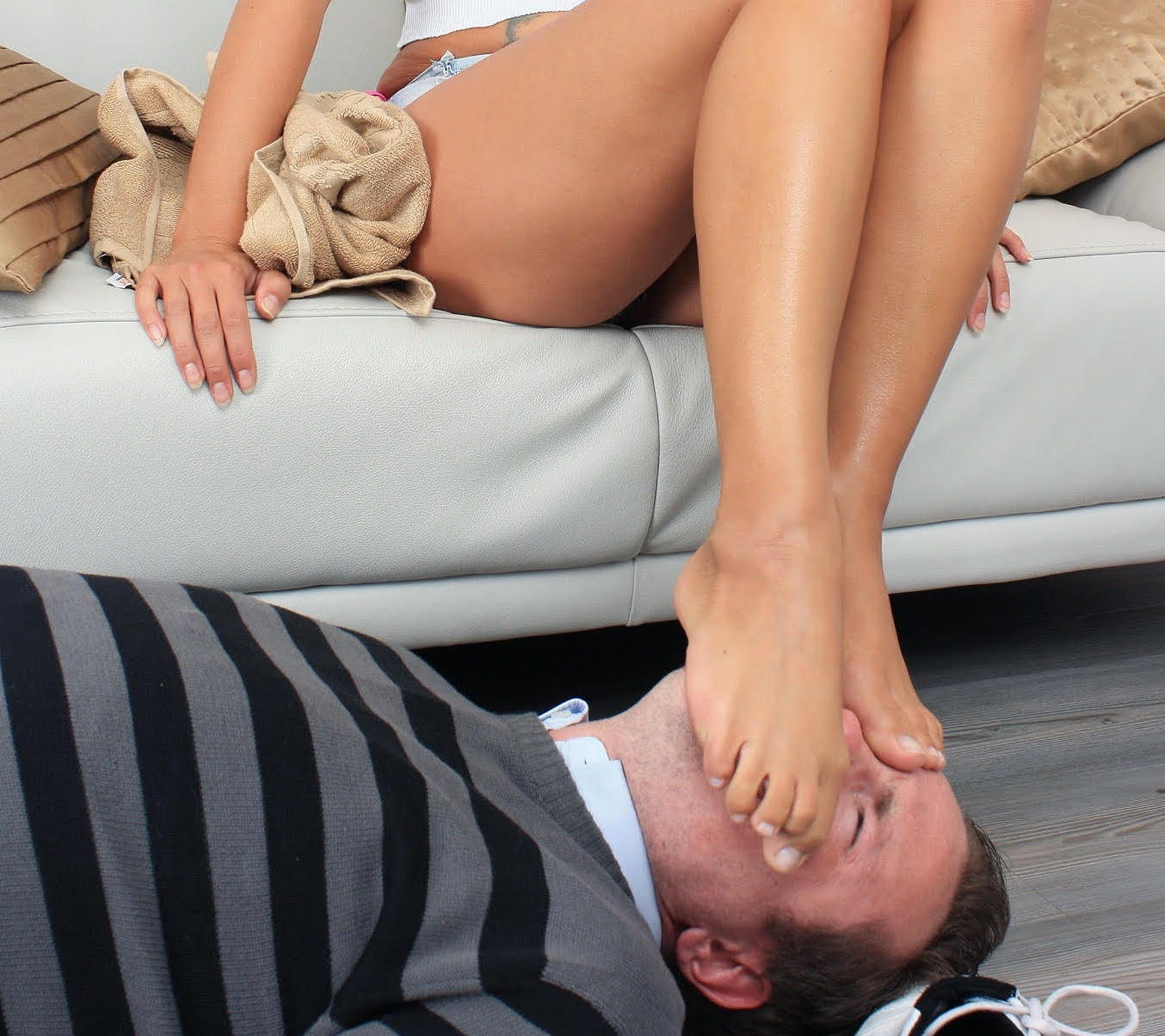 Guys with a foot fetish not only love feet and foot jobs but they especially love to worship my Sweaty Feet and stinky socks.

My Sweaty Feet get so nasty after a workout and when I take my socks off they’re soaking wet. Some people think it’s gross but I also know that there are some fun boys out there who are already getting hard at the thought of it.

I like those boys because they’re always there when I need post-workout entertainment. I just have some much energy to burn off so I text one of them and have them come over. Jimmy was the one who replied back first so he got every drop of my sweat.

After my workout, I went home and kept my sneakers on so the wetness and Sweaty Feet smell would be fresh for him.

I could feel my socks squishing in my sneakers as I walked in them and when Jimmy got there I told him he was going to love this. We went to the living room and I sat on the couch then pointed at the floor.

He knew the drill and knelt in front of me, his hands going to my sneakers and pulling them off. He put them on the floor and looked at my Sweaty Feet, getting excited as I leaned back and held my foot against his face. “Take a deep breath,” I told him and I heard him take in a lungful of my sweaty foot. I thought of it filling his nose and pressed it harder against him.

I put my other foot in his lap and rubbed it against his hardening dick while he started touching my feet, each hand going to one of them. He squeezed them as he moaned and kept breathing in my smell. I could feel his dick getting harder and I pushed my foot down on it, making him gasp.

I took my feet off him and said, “Take your pants off, I wanna see that dick of yours.”

He stood up and blushed as he undid his pants, dropping them to the ground. His dick was bulging the front of his briefs and I said, “Go on, show me everything.” They dropped next and I snapped my fingers then pointed to the ground.

He went back to his special spot at my feet and I put my feet on his thighs. I wiggled them on him and said, “They feel so sweaty, why don’t you take my socks off?” He gripped the top of one and peeled it off slowly, taking his time and enjoying every second of it.

My toes felt wet and wrinkly as the air hit them and I got a whiff of them. Damn, I needed a shower but that had to wait until I was done with him.

He took my other sock off and I let him touch my damp feet for a few minutes before I put them down in his lap. His thighs shook under me as I put my feet around his dick and he clenched his hands as I pushed them harder on him.

I began to jerk his dick up and down, my sweaty soles tugging on his shaft as I worked his dick.

He sighed and knelt there panting as I looked at my messy feet. I put a foot on his shoulder and nudged him onto the ground so he was lying on his back then put my feet over his face. I smothered him as his breath tickled me and I tried to think of other fun things we could do.