My Girlfriend Told Me About Your Little Pee Pee, I Had To Get A Peek!* 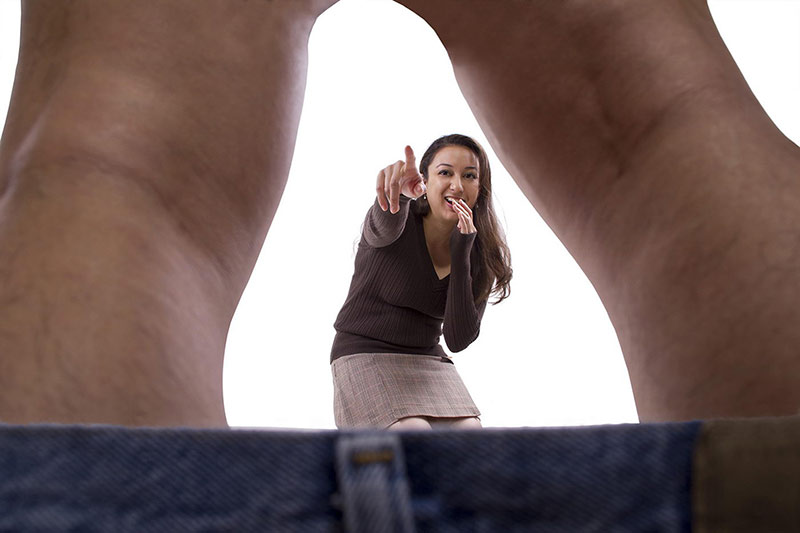 My Girlfriend Told Me About Your Little Pee Pee, I Had To Get A Peek!

There’s something about a little pee pee that I can’t get over, I love to see them! You see, I only went out with David, because I heard from one of my girlfriend’s that he had one of the smallest dicks she’d ever seen and I needed to get a peek for myself. It’s so much fun going out with tiny dicked losers that I just had to play with him. Of course, he didn’t know that Amy had told me about his lack of manliness, he truly thought I had the hots for him. I guess he’s missing brain cells as well as inches. The story of my life right! Hahaha!

I got him into the bedroom and gave him a striptease, taking off my clothes one by one while he watched and got turned on, so he said. When I was naked and he had that horny as hell look in his eyes, I went over to him and began tugging at his belt. “I can’t wait for you to fuck me.” I told him as I pulled his zipper down.”You have no idea how wet I am already.” I reached into his boxers and felt his hard, nearly three-inch stub. I moved my hand around, pretending to look for his dick and he looked at the ground, blushing. I gave a little laugh and yanked his pants down, exposing his little dick.

He slowly pushed it inside and I moaned as it filled me. Then he began to thrust it in and out of me and I kept moaning, as I told him how good it felt. I rocked my hips and told him to do it harder, faster. I wanted him to fuck me like all the other men do. He pumped it in and out of my pussy and I felt myself gush around it. He was doing a good job and I stayed still, letting him do all the work while I enjoyed it. I could feel my juices dripping down my crack, as my walls tingled. He angled it up and held it against my clit. The constant vibrations were too much for me and my body tensed up.

I cried out as I came, doing it louder on purpose to drive the point home that he could never make me sound like that on his own.