The Giantess Slut & Her Boyfriend Force Me Into Impregnation* 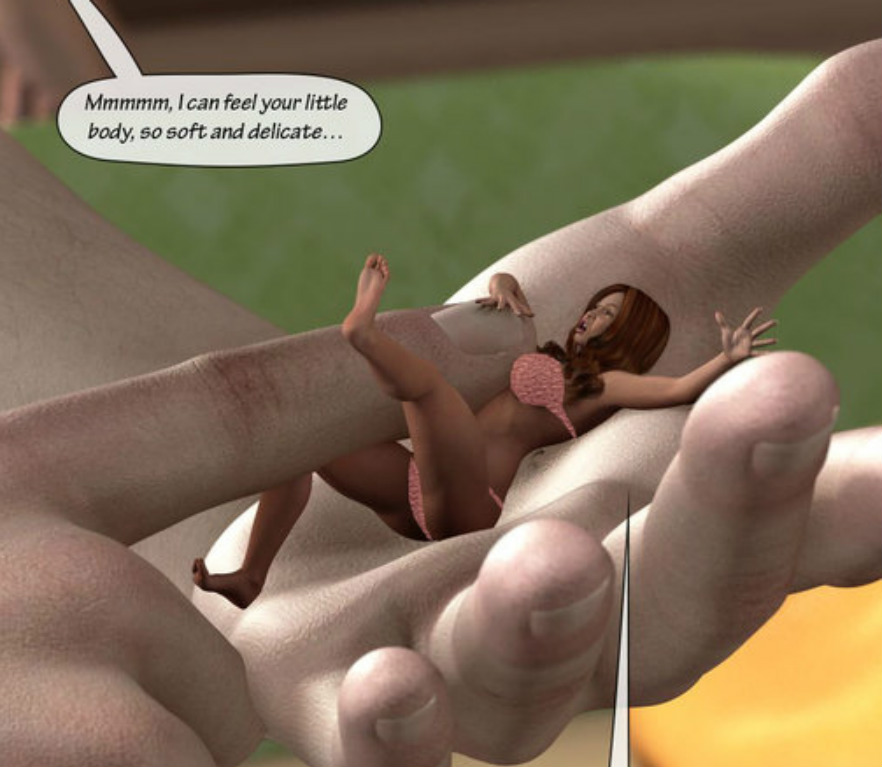 The giantess wanted to use me!

‘Giantess, PLEASE NO’, begging on bended knee. But no words were uttered as she smiled down at the tiny figure below.  Was I in a dream world?  It wasn’t like this a half hour ago; at the bar, flirting with a guy who I could tell was packing some serious meat. We were headed to his car, and then I woke up here. Big B and a hot brunette four times their normal size.  And me, a tiny party sized person that they want to use and experiment on.

When I heard the words let’s play panic ran through my veins and I tried to run. But I was scooped up in her hand and put face to face with his huge serpent cock. There was no escape! He pushed his over sized mushroom head toward me. The hole opened wide and a drop of pre-cum leaked out and totally drenched me. Their laughter erupted and I had to cover my ears. I didn’t hear the  words that would determine my condition over the next nine months.

Before I knew it, I was being pressed up against that hairy wet pussy! And as I wiggled the brunette moaned with pleasure. I heard commands urging the giantess to stick me in deeper. ‘Make her crawl inside!’, Big B said almost breathless. Felt like I was being pushed through a untamed forest; because wiry hair surrounded me.  Suddenly, a slurping sound was in my ears and I realized I was entering the hole.

The brunettes fingers pushed my feet and I slid all the way inside her.  First of all, who would have ever thought I’d be in this sort of situation! Legs kicking and arms waving wildly it felt like being underwater! As a result, suddenly it sounded like a volcano was ready to erupt. Trying to find an escape route the giantess pussy started to clench and squeeze and I knew I’d be experiencing and orgasm from the inside this time.

While itty bitty Roxy was stuck inside the cave of goo, Big B had plans of his own. Rather than impregnate me the old fashion way, Big B’s devious mind wanted it another! There was suddenly a beam of light! Scrunching and turning my face I squinted one eye, curious to what was happening now. And then it emerged. Like a giant serpent trying to find a home, it poked through the curtain of the brunettes pink pussy lips.

Seems like this story will have to continue with a Part II. Until then, Kinky Kisses.