Gay Tow Truck Driver Saves The Night And Our Car!* 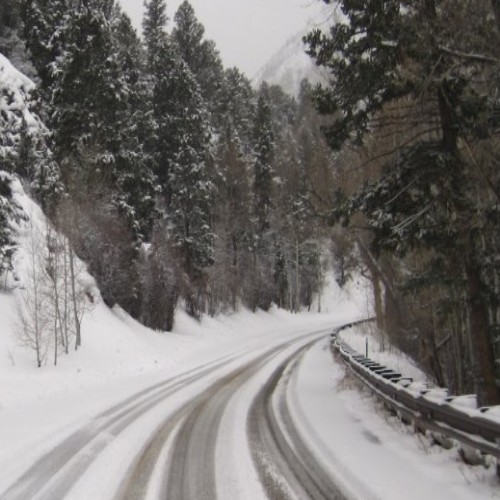 A nice long drive in the mountains went completely bad to totally hot with our gay tow truck driver!

My boyfriend and I went for a drive in the mountains, the scenery was beautiful and the snow looked absolutely amazing. Of course, until we got stuck in it. We got out of the car and started shoveling snow out from under the tires and did everything we could to try to get it unstuck. Nothing worked. Finally, we decided to call a tow truck for some help. ” He said he will be here in 20 minutes, the dude sounded kinda gay.” My boyfriend told me and we both kinda laughed at the idea of a gay tow truck driver.

Waiting in the car and trying to stay warm, we saw the tow truck pulling up behind us. We get out to greet him and to my surprise, he was very very handsome. He kept looking me up and down.

“So since you guys are so far out, the cost will be a little higher. It should be about 300 bucks give or take.” The man told us. My eyes widen at the sound of that price.

“I don’t think I have that much… I only have $150 and my boyfriend left his wallet at home… is there something we could maybe work out?” As I twirled my hair and lifted up the bottom of my skirt to reveal more of my legs, he also noticed that I wasn’t wearing any panties.

A grin grew on his face. “You’re not really my type but uh… your boyfriend on the other hand… He’s pretty cute.”

Shocked and confused my boyfriend jokingly agrees with him, not realizing how serious he was. “Great!” The gay tow truck driver says and walks up to my boyfriend and starts making out with him. Before I knew it, he was pulling down his pants and fucking my boyfriend hard in the ass up against the car. The gay sight was unimaginably sexy! They took turns fucking each other in the ass, I played with my cold wet pussy while they came in each other’s asses.

After we came a few times, we rested and the gay tow truck driver helped us get our car unstuck and even let us keep our money! He thanked us for a great time and we went home to celebrate our new dirty little secret!