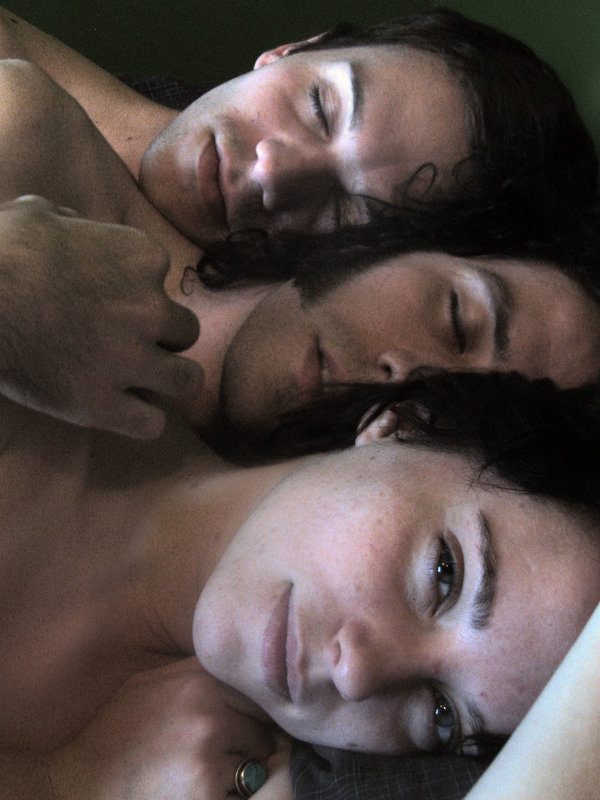 He could be fucking a model, but the whole time he’ll be yearning to feel something inside him. The thought of a man pounding into him while he fucked a chick, was the only way he could get off!! He knew he was going to eventually break.

Gay Sex was so taboo where he lived.  He wasn’t even sure if there was another gay guy in his area, and couldn’t bring himself to express his desires to any one – man or woman!  Sean started looking online for someone, anyone in his area that would give him what he needed. He stumbled on an ad from a couple. They weren’t too far, but far enough away no one would find out.

He was happy to set up a date night, and couldn’t wait to have his first night of real gay sex!!

The couple invited him to their home, and when he arrived they all sat and chatted over drinks in their living room.  They moved to the bedroom where they had everything laid out, toys Sean had never seen before, laid on the dresser. All three of them sat on the bed.  The couple started kissing and the husband pulled Sean over and kissed him deeply.

The wife came on the other side of Sean and started kissing his neck and the couple both reached down and rubbed his cock.  The wife’s hand worked down to his balls and the husband stroked Sean’s rock hard cock! Sean loves feeling the man’s lips on his and getting his cock gripped by a big. rough hand!  Sean slid his hand down the husband’s torso, his cock twitching every time his hand glided over a patch of hair or a rippled ab. Finally, Sean wrapped his hand around the thick, stiff cock he had been thinking about his whole life.

Tonight he was finally going to have some kinky gay sex!

Sean found that he was a natural cock sucker.  The husband was moaning and fucking his face, sean loved feeling those big balls slap against his chin!  Meanwhile, the wife was licking and sucking on Sean’s little virgin asshole. Her tongue pushed deep inside him while he was choking on her husband’s dick.  The wife loved the taste of Sean’s scrumptious ass. She even slid under him and pulled his hips over her face. She moved his hips back forth until Sean started riding her face!  The Husband pulled his dick out of Sean’s mouth and pulled Sean up by his chin for a kiss. The husband rubbed his own cock while he leaned in to kiss Sean.

Sean could tell by the look in his eyes, that Sean was seconds away from his gay sex fantasy coming to fruition!

The wife slid out from under Sean and spread his ass cheeks open while the husband worked his swollen cock into Sean’s nearly virgin asshole!  Sean had never had a real cock inside of him before, and it felt like nothing he could ever describe! Sean felt his tight fuckhole squeeze this big cock and started squealing like a little bitch.  Every time the husband pulled his cock out and pushed back in, Sean felt like he came. The wife reached over and rubbed Sean’s dick while her husband was making his ass gape. She bent down and his dick surged as her mouth moved up and down Sean’s cock!

The husband grabbed Sean by the hair and slammed his cock deep into Sean.  Sean reached back and spread his ass open for the big cock, so he could feel every inch of it slam into him.  While her husband was obliterating Sean’s shithole, the wife slid Sean’s throbbing cock into her pussy. She bounced up and down his cock in rhythm with her husband’s thrusts into Sean!  Sean couldn’t take it anymore, he needed to release. He knew that his ass has been creaming on the husband’s cock the whole time, but never felt a build up to orgasm like this before.

This was everything he wished his first real gay sex experience would be!

Sean grabbed the wife’s hips and started moving in ways he never knew he could. Sean pulled the wife and forced his cock as deep into her as he could.  The husband was relentlessly pounding Sean’s ass and had Sean by his hips. The husband slapped his ass and Sean couldn’t fight it anymore. His asshole pumped white ass juice all over the husband’s cock and Sean’s dick shot a huge load hard into his wife!!  Sean groaned loudly while his whole body released into a euphoric, relaxed state. He had never felt his whole body throb like this before.

The husband grabbed his wife and stuck his ass-covered cock deep into her wet little pussy!!  The wife’s pussy juiced all over the husband’s still hard cock, but when the husband was ready to cum, he pulled out.  The husband took his dick out of his wife and shoved it deep down Dean’s throat. Sean’s cock started stiffening all over again while the husband’s thick, salty load blew to the back of his throat.  The three had a fun-filled night of stretching each other open and Sean now knew, he would never be the same again after his first night of gay sex!!

You Think About Having Gay Sex All the Time, Don’t You?