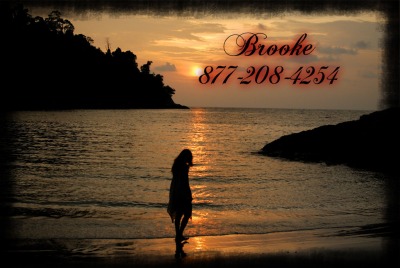 My walk on the beach became a little more interesting.

I never thought my late night walk on the beach would turn into me getting gangbanged! I was on a girl’s trip in Florida. The weather was perfect. I love the way the waves sound when they crash against the shore in the dark. The sound mixed with the cool breeze coming off of the water is so serene that I can never resist taking walks alone on the beach when I have a chance. My friends didn’t like that I would go by myself every night but I’m a big girl so they didn’t give me too much of a hard time.

It was the second night of our week long vacation and I started out on my nightly walk on the beach. I was so engulfed in the feeling of sand between my toes, the sound of the waves crashing and the wind against my face that I had lost track of time. The smell of burning wood brought me to reality and I noticed a small bonfire burning on the beach ahead. I figured that would be my turn around point. I heard male voices and lots of laughter. As I grew closer their voices quieted to the point that I could no longer make out what they were saying. Not wanting to just turn around right there and look awkward I continued on passed them and turned around a little farther ahead.

As I made my way back toward them I saw a figure stand from around the fire and start walking my way.

When I could finally see his face I smiled and said hello. I continued walking but he turned around and started walking beside me. He introduced himself as Mark and asked what I was doing out here all alone. I explained that I was just on a girl’s trip and liked taking walks on the beach to relax. He gave me a big smile and said that he and his friends were relaxing as well and invited me over to have a drink. I asked if he wanted me to go get my friends. He suggested I come get a feel for the group and decide if I wanted to go get them.

I walked with him up the beach a little way and sat down beside him on a large blanket. One of his friends asked if I would like a beer. I said yes and he got up and headed over to a cooler. He came back and handed me an open bottle. I thanked him as I took it from his hand and took a fairly large swig. I should have realized that something was up as they all watched me drink.

We talked for a little while and I found out that the four guys were childhood friends that lived close by and spent a lot of nights out on the beach like this. They all worked construction together and seemed harmless. I never would have guessed that they slipped something in my drink. But when I started to feel a little woozy after only one beer I knew something was up. They tried to give me another drink but I politely declined. If they planned on doing some naughty shit with me I wanted to be at least a little coherent for it.

They didn’t know that I was a phone slut for a living.

Nor did they know that I would have willingly participated in whatever they had planned. So I let them think that their doctored up beverage had the effect on me that they intended. I have a fairly high tolerance for things and I’m sure with my small figure they didn’t give me too much but it was definitely enhancing my sex drive. Mark put his hand on my bare leg and started to rub it up and down my thigh. The feeling of his rough hands on my creamy skin sent jolts of pleasure right up to my pussy.

I felt the moisture growing between my legs and soaking my panties. He felt it too as he skimmed his fingertips over them. My eyes closed in pleasure as he pressed a little harder against my wet panty covered pussy. They must have thought it was the drug that made my eyes close instead of my growing pleasure because I heard one of them say something about how hot it was going to be to fuck me on the beach. Should I let them know I was really enjoying this?

Or should I just go along with it like I was in a drug induced state? Either way, I was going to let them have their way with me. The real question was how into it I should be! I can’t wait to tell you all of the naughty details!! Stay tuned for part 2! Or give me a call and I’ll let you know exactly how it all happened!