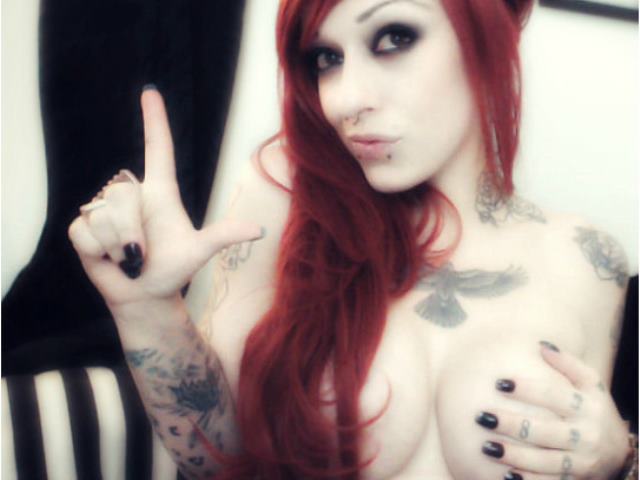 Dear Perverts and Sweethearts, sometimes when you get a man and a woman in the same room together, things happen. Hilarious things. I definitely have more than a few funny sex stories, but it never occurred to me that funny sex stories are also a great pathway to intense humiliation!
Names have been changed to protect the not-so-innocent (as far as you know)…but I know you can’t wait to read the embarrassing shit I’m about to unload, so I’ll just get right into it. Without further ado, this is one dumb cunt I’ve never forgotten…

When a guy’s roommate steals you from him, you’d think he must be a catch, right?

This wasn’t even remotely the case in this situation. All parties discussed herein are as subhuman as they come. But let’s focus on Cory. He jumped right in a pursued me like a pasta plate at Buca di Beppo, while I was seeing his roommate Dan. I was just barely legal at 19, and he was much older. It was totally lacking in social grace, just pure old man desperation for some female attention. I found it very confusing because I didn’t actually stop dating Dan. Somehow they changed guards without my input or knowledge and suddenly, without breaking up with one, I was somehow mysteriously seeing the other.

I didn’t even know it was happening; they somehow figured out the whole thing. Dan was the worst kisser to this day and I imagined he was probably just as bad with his cock too, so at the time I thought I was probably dodging a bullet. If all had gone well, this would be in a whole other category of funny sex stories I have.

But Cory…what a freak, truly.

I’m always proud to say I have so many funny sex stories, but I didn’t have the liberty to find certain things out about Cory ahead of time. One of which being that he was a devout Catholic for a large portion of his life, and it heavily influenced his sexuality. His post-religious zeal came out in subtle ways at first, for example, saying something like “I think you’re an angel” after sex…but turned out he was not being hyperbolic. He really thought I was an angel, sent to cure him of his evil through his particular brand of rough, athletic sex.

One of the most annoying, pathetic things about Corey was that he wanted to fuck like a porn star (it’s debatable whether he succeeded), but was absolutely mortified if I made any noise. As the years have gone by I’ve known other guys like this. As if my moans aren’t a signal of my enjoyment, but a siren blaring “Hey God, look at Corey! He’s defiling his body against your holy plan! You should definitely give him testicular cancer tomorrow!”. Let me remember to mention that he only wanted to do this at 7 pm on Thursdays, too because he was a stupid asshole.

Rough, kinky, acrobatic sex coupled with quiet dirty talk that always made me raise an eyebrow because it was so hard to follow. I never knew what the fuck he was talking about. That is, until one special night when his climax brought out the true twisted Catholic pervert in him. And I was like, “Oh shit…everything is copy, motherfucker.”

I will let any situation play through for a chance to tell the story later. So, with his cock in my pussy, I listen to him chant his little incantation about 20 times and I’m dead silent, thinking, “holy christ, does he really believe this? I have to know what he’ll do next because I can’t fucking wait to call Laura, she will piss her pants.”

He shudders into his stupid orgasm, fucking every last drop of “evil” out of his balls for the moment.

Thank god he had a condom on. He rolls off of me and I’m just looking at him. Patiently. No judgment on my face. But I am patiently waiting to hear what explanation he has for this. Finally, he breaks.

“So like, I don’t want you to think I was like…shooting evil into you.”

“No, I definitely wasn’t shooting my evil into you.” I’m afraid I’ll laugh so I just nod again.

“I think I just need a beer,” he says. All I can do is nod sympathetically, knowing I would get to tell this story over and over again for the rest of my life. The experience paid for itself within a week. The story is now legendary amongst my thicker-skinned friends. And I bet you wonder what happened to poor Cory, don’t you?

Just kidding, I don’t actually think anyone cares.  The end.

The moral of all of my funny sex stories is this, perverts. If you think I won’t humiliate you and tell all my girlfriends and future superior boyfriend about the pathetic things you do to yourself…You are wrong. Dead wrong. You know I love to laugh and I know I’m not the only one. I always need more stories to tell at your expense, so you sissies had better serve it to me. You could call me cruel, but as you can see, you do it to yourselves. You deserve it!