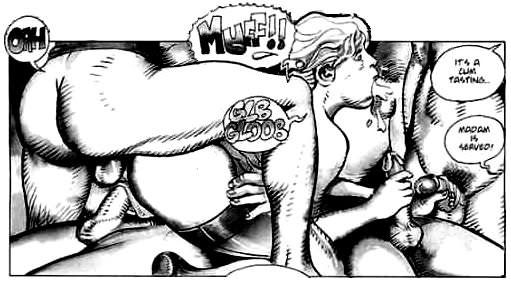 7 years ago
Brother / Sister Fantasies,Group Sex,Incest Sex Stories
So if you know anything about me, you know of my love of comic books, cosplay, and the occasional fuckfest! Well one thing you may not know is that I am a bit of a spoiled brat,a daddy’s girl if you will…its not so bad, I mean I will occasionally throw a bit of a tantrum but hey, it is what it is, right?
Well that’s what I thought, until a recent family trip to the Comic Con taught me just how crazy my hot little body, and bratty attitude can drive the boys (Daddy and Tate that is) and how they took a little bite of that tasty dish “Sweet Revenge”.
Since the tender age of eleven I have been fucking my brother Tate. I mean why not?
He is cute, and funny, and he has his own place right down the hall, lol.
The flight was a long one and we were all tired, but the thing was I absolutely had to have my first edition book signed by the artist! “Daddy and Tate are total bitches”! I screamed as we dragged ass through the air port to our rental car….”Its not Fair”, I whined as I kicked the seat, “You suck so much” was the last thing I said to them as they left me in my hotel room.  I started to undress I needed to smoke a bowl, take a shower and calm down.
6 hits later I started to feel better, I clicked on the T.V. and fell back into the bed. Jumping from channel to channel I found nothing but news and sports, both of which I care nothing about, So I looked at the movies you could purchase from the room,”hmmmm I suppose I could watch college coeds go crazy for a while”.
Watching the young cheerleader get fucked by the coach and the rest of the team, I turned to masturbating, making myself cum over and over, until I got up took the warm shower, and returned to the bed in nothing but my panties and fell asleep.
I’m not sure how long I was asleep, but I was aroused by the sound of someone or something in the room, before I could get off of the bed he was on me, I can only say he for they were wearing a Guy Fawkes mask and complete black clothing!
Pinning me to the bed by my arms he said not a word, but showed his distaste for my struggle as he slapped me hard across the face, enough to stun and stop me for a moment long enough for him to handcuff me to the bed post!  Another moment, another click of the door and in came another, not Guy Fawkes this time, worse, a creepy doll face mask with a crack in its dingy, porcelin head, was this actually happening?
It was happening! Guy Fawkes was the first to make his move, running his hands slowly down my body, greedily groping my breasts,”who the fuck are you?” I asked, only to be met with another slap, “What the hell do you want”? another slap, and now a small cut on my lip was bleeding. I could feel the anger rising in me, but even worse I actually started to get wet, My nipples began to harden as the broken baby doll made his move toward my torn panties, and then as if materialized from thin air, he brandished a pair of shiny silver shears.  Moving the sharpened point of the scissors gingerly across my skin, the cool metal scissors almost felt nice against the burning frustration, Snip…Snip…The agony and the exctasy of it all,…”where the fuck are they” I kept wondering, until I noticed something, Guy Fawkes had a hickey on his neck that looked like florida, just like the one I gave Tate 3 nights ago!!
As it is not in my nature to shirk from tyranny in any form, I thought to myself “Ok you fuckers, game on”…….
Will our Hero be able to fuck her way out of yet another TWISTED NIPPLE of a situation?……   Or will it be BUCKETS of CUM, and curtains to our caped crusader? …….
Find out in our next issue of : Tall Slut No Panties!