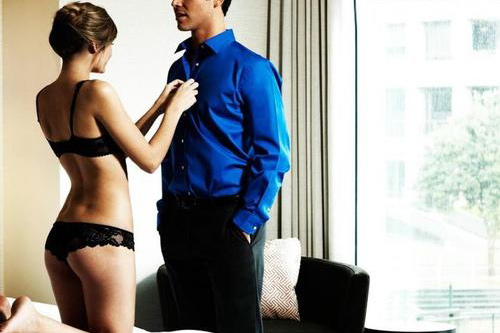 I should have fucked him sooner, honestly. Hindsight is 20/20! I always kept my distance as I was working with him, because he was married, because he was my boss… because, because, because! I know I’m a naughty little tease, I could have had him eating out of the palm of my hand if I wanted..but I played it professional. When I worked with him, I tried to be the good girl.. when I was born to be bad. So a few years after I quit that terrible job.. I get a little revenge by seducing him away from his wife.

I should have done it a little sooner. Always seeing him walk around the office, all high and mighty.. He sometimes showed a little interest in me, trying to get me out of my shell. But I was playing it a little too safe, so I kept up the “good girl” charade and did my work like a good little employee. He had no idea who I really was: a rebellious, gun-toting, seductive little troublemaker who could rock his world. But I guess I wasn’t dressing the part or showing him a taste.. Until he saw me this last weekend at the bar, hanging around a few friends, who turned out to be his shooting buddies. I’d originally met them at work, so it was no surprise he knew them too. but seeing me in a different light must have made all the difference. We kept drinking, joking, and flirting all night. I was on my A-game. I’d always wanted to see how much damage I could cause if I decided to give in to my bad side.. And I wanted to spite him. He had no idea that with every cheeky little smile, I was crawling through his thoughts. Or that by the end of the night, he’d be laying in my bed, moaning my name, and worrying about his wife finding out.

I turned my old, bitchy boss into my fucktoy.. He was mine, the second he moaned my name. The second he grabbed my ass and was begging for more, waiting for me to let him finally slide into my pussy. And even more so when he was all done, and whispering my name with the same affectionate tone as baby.

Gentlemen.. never underestimate the girls around you. We all have a naughty streak, and you never know when it’ll come out. 😉