Fucking my Brother as One Last Test of Loyalty to the Cult: Part 2 ♕ 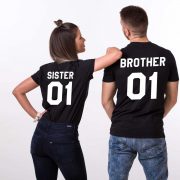 Fucking my brother to save us all.

Fucking my brother was something I could no longer avoid. This was an incest cult we were infiltrating, after all. People were beginning to notice that our affection never escalated beyond make-outs and heavy petting. These people were hardcore family-fuckers and fully embraced the opportunities they got to pursue their filthy fantasies. If Doug and I were going to maintain our cover, I would have to fuck my brother. He was going to have to make good on all of his teasings and plunge that massive cock deep inside me. To remove any doubts that may have been arising in the other member’s minds, we were going to have to make a public spectacle of it, too.

Dinner and a show.

Who doesn’t love dinner and a show? With everyone present at a communal supper, my brother got to work proving our loyalty. He kissed up and down my neck, giving me a pleasant shiver. Clearly, he had learned a thing or two from watching the other members of the cult. Doing his best to ignore the voyeuristic gazes from those unzipping their pants around us, Doug caressed my perky, bare tits. As the near-strangers around us began to stroke their own cocks, I reached my gently trembling hands toward my brother’s zipper. His erection sprung out when I parted the fly of his jeans, the sheer girth of it putting all those around us to shame. Embarrassingly, I felt a fierce sense of pride that I could show these sick fucks that my brother and his package were superior. After swallowing my insecurity, I dove right in.

It seemed my brother was having no trouble maintaining his rock-hard erection. You would think it would be difficult to will yourself to fuck a family member in public, but Doug was a natural. He gently laced the fingers of one hand into my hair and guided my head deeper. Mmm… I had to admit, he tasted amazing. I know a sister shouldn’t think these kinds of things, but my brother was setting a high bar for how good a cock should be. Despite the dozens of eyes on us, it began to feel as though my brother and I were the only people in the room. It was just us, we were alone in the anticipation of our first time. I was finally going to fuck my brother.

Fucking my brother was the only thing I could think of. I needed him inside me. His cock was mine, and I couldn’t bear to think of some other woman taking him from me. This was about more than the mission: I love my brother. Doug must have felt the same because he picked me up and set my bare ass on the table, ready to indulge my carnal desires. I laid back as he began to eat me out, an act fitting for a dinner party. The jealousy on the other women’s faces was apparent as his tongue tickled and toyed with my clit. I wanted to drench his face with my pussy juice, but just as I was approaching climax, he pulled away.

With a satisfied grunt, Doug pierced my pussy like a nympho knight and pounded me hard.  As I fucked my brother, I wrapped my legs around him so that he couldn’t pull away.  What was wrong with me?  Did I WANT to have his babies?  Yes, I did, I realized.  I wanted his babies.  I shouted in ecstasy and desperation.

With a final groan of pleasure, he flooded my pussy with all of the cum that had been building up since we first joined the cult. There was so much of it that it began to ooze out from my pussy as he thrust a few last times, ensuring his seed reached deep inside me. I couldn’t believe how incredible it had felt, and I was sure the cult couldn’t have any more suspicion of us after a performance like that. We would stay in the organization, and I would be fucking my brother for as long as it took to thwart their evil plans. Indeed, a secret part of me hoped that it would take a while.

Click here for part 1 of my incest cult saga or call my phone sex line so that we can make our own!