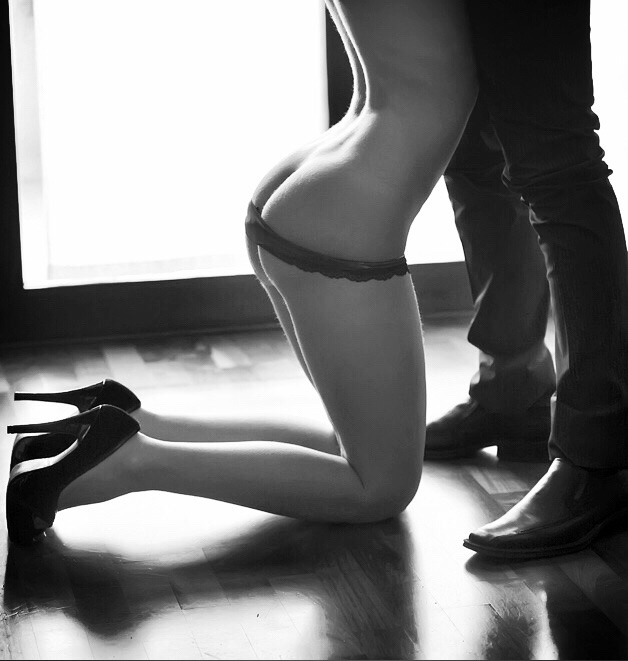 You know you like forced tranny boy! I always wake up with raging morning wood. I usually sleep on my belly so it gets uncomfortable and wakes me up, and as soon as it does I have to relieve myself. Blowing my load feels so good but sometimes it’s so much effort in the morning to jack myself off, and things like that are always better when someone else does them.

So when I woke up this morning I was pleasantly surprised that the date I met and brought home last night had his wet mouth firmly placed around the head of my morning wood, looking up at me with hungry eyes as he slurped and screwed my shaft with his hand.

I lay back and closed my eyes, put my hand on the back of his hair and gently pushed his bobbing head up and down my throbbing length, reminding him not to forget about my balls and opening up my legs to give him access to my gooch and ass. He ate me hungrily, moaning and obviously enjoying my 7inch uncut joystick.

I must admit it was a really nice BJ, and that was surprising, as my date last night had never even touched another cock, let alone sucked one!

He didn’t even realize I was a transsexual until halfway through dinner! I wasn’t sure what his reaction would be as he’s a police officer, but like most ‘straight’ guys, once he knew about my secret he was full of questions and I could tell before the night ended it would be forced inside him.

He couldn’t keep his hands off me leaving the restaurant and I actually played it cool and aloof and slightly uninterested. Swatting his advances with my long manicured nails, I explained (lied) that I’m not the kind of girl that fucks on the first date. He took me home and the whole way he was practically begging me to give him a chance, complimenting me and looking at me with puppy dog eyes.

So, I took pity on him and brought him up to my apartment. I was feeling kind of tired and over the night so I wasn’t in the mood for games, I just wanted to fuck.

I pushed him back onto my couch, stood in front of him and began to slowly roll the front of my pink dress upwards, exposing my white stockings with garter and suspenders and tight white panties with my cock strapped inside.

His eyes grew wide and he looked with surprise at my flat pelvis, just a small mound in the front. “I thought you had a cock???” he exclaimed and I walked up to the couch, lifted my leg and placed my stiletto on the backrest next to his head. “I do,” I said and with one quick motion I pulled my panties to the side and my dick sprung out into his face. His mouth dropped in shock and I took my moment, shoving my thick pink member into his gaping mouth. I put my hand on his face, guiding it in. He took a second and I could see the confusion in his eyes but then his erection took over and he started to suck.

I never really have to do much work with ‘straight’ guys and after minimal encouragement, I was laying back and looking down at him feasting on my member, his face, and chin covered in drool and tears streaming down his face from trying to fit the whole thing in his throat. By that point I was bored so I ordered him to stand up, turn around and bend over. He looked worried and tried to deny me but I grabbed his arm and spun him around, pushing him onto his knees over the arm of the couch. “I’ve never done this before! Please stop! Don’t! No!!” He tried to struggle but I leaned forward and whispered in his ear: “The less you fight, the less it hurts. Play with your cock.”

What would you do if I forced you? Would you be like my cop friend and become instantly addicted to my cock? Or fight me off and try to beat me up? I have a feeling if you’re reading this you’d be more like my little piggy, he actually blew a huge load just from me forced fucking him, and now he won’t stop calling me…