Foot Fetish Therapy Are you Aching for a Hot Foot Job?* 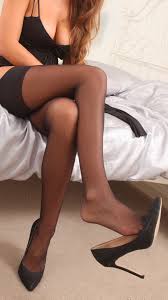 Foot Fetish Therapy Are you Aching for a Hot Foot Job

Our Sexual Encounters always reminded me of foot fetish Therapy Sessions. John only had one request. Black thigh high stockings. During these therapy sessions, John would confess all of his weeks perversions to me in great detail. Staring at the ceiling was safe for him until I began crossing and uncrossing my long well-defined stems. Breaking his concentration, John would lock his gaze onto them. I knowingly teased and taunted John, not only by surfing and crossing my legs but dangling my sexy stiletto off my dainty little freshly painted piggies, is what made John Tick.

From his childhood, he became so aroused he would have to sneakily Slink away to touch his self. Even at the tender age of 12, a young boy sitting on the third pew in the church would drop his hymnal several times, just so he could see all the pretty pedicured feet. John never recognized it as a foot fetish. Something just drove him crazy thinking about the click of a woman’s sexy heels on a hardwood floor. The all to well known slow toe drag on stage for girls named Bambi and Candi with big milky tits and almost invisible panties didn’t make John Miss a beat.

Over many Therapeutic foot fetish sessions, John and I would dig deeper and deeper into his sexual Psyche and his lust for feet. I made him repeat the word over and over foot fetish, foot fetish, foot fetish. Johns love for feet gnawed at him, and I was the one playing around in that beautiful brain of his, and the gnawing I preferred was BONE DEEP.

Our Last session involved the sniffing, tasting and wearing of my sexy thigh high stockings *giggle*. But, oops will you look at the time, I guess I will leave you wanting more of this hot Lil foot fetish til next time.

Ever Had a hot Foot Fetish fantasy that you wanted to share?

Maybe you wanna slink around in a sexy pair of my naughtiest Thigh highs?