Foot Fetish Sub Loves To Kneel, Lay, And Beg For His Mistress. 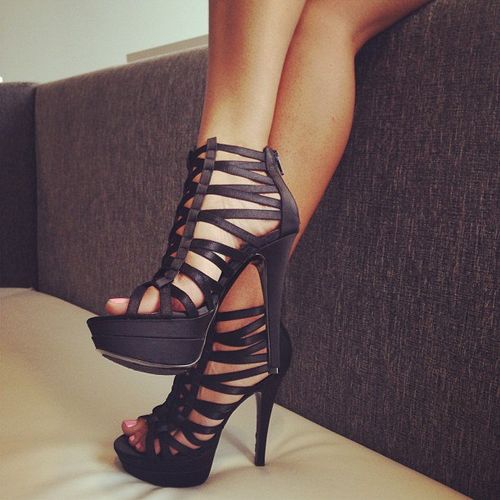 My foot fetish subbie works hard for his treats.

A foot fetish sub is SO easy to play with, I can’t resist it! This little toy of mine came off like any other guy at first, until I realized he was almost too easy to tease. He would set himself up for it, and at first I just thought it was easy pickings.. But after a while, it became apparent that he loved it – every bit of it, from the teasing to the denial. And to make it even more fun, he was especially weak to my antics whenever I was walking around before or after a clubbing, dancing kind of night. It wasn’t long before I realized the poor little slut had a weakness for my feet.

And from there, the games were on.

I would wear heels every chance I got, whenever I was around him. It wasn’t difficult to work them into whatever we were doing, from shopping to hanging out, to going out to eat.. Everything I did with him, I’d wear heels. He’d sit and watch me strut around in them, and I knew he was practically salivating at the thought of getting to lay down and kiss them. A few times, I called him out on it and made him go through with it. I’d tell him if he wanted to go out, he’d have to kiss my feet and show me how much he loved his stylish Mistress. Yes, it’s silly, but of course if I’m going to look the part, he better praise me for it! 😉 I keep those feet to sweet, soft, and constantly shown-off for him.. So my little toy better show some appreciation!