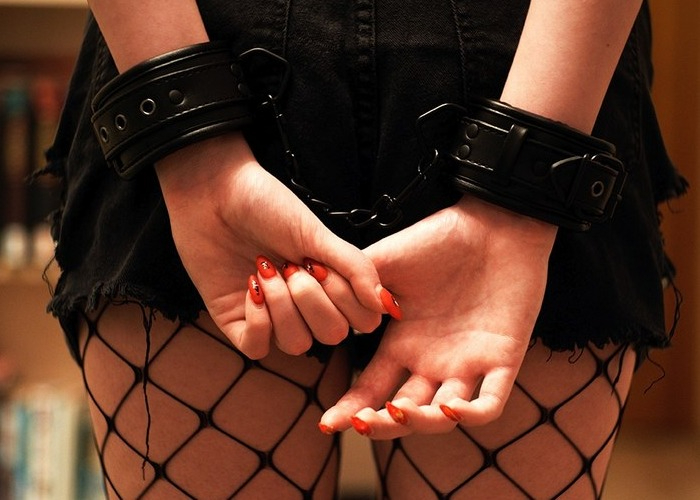 My Adventures at a Kinky Swingers Party

When my boyfriend invited me to a kinky swingers party I was very excited. I had never been to one before but I had always been curious. He knows I like insane crazy sex so he knew I’d fit right in with this group. But, he didn’t tell me much about how this kind of thing works. All he said was that every Friday they get together for a kinky swingers party and swap partners or join multiple people. Then they all fuck each other’s brains out, of course.

When I got to the kinky swingers party, my boyfriend introduced me to everyone. There were people of all ages there. But, they all had one thing in common. Everyone was fit and hot as hell. I really did fit in well here! I eyed a few people and hoped I was able to hook up with them first. A really muscular black guy and his petite blonde girlfriend were my first choice. But really, I would’ve been happy to fuck all of them. Well… little did I know my wish was about to come true.

Once I greeted everyone, the leader of the group, a sexy older man with salt and pepper hair, welcomed me to the kinky swingers’ party. Then he informed me that since I was the new girl, I needed to get initiated to be officially a part of the group. He told me I’d be blindfolded and they were all going to take turns fucking me. If I agreed to this, then I could join their elite group.

Soon, I was laying blindfolded in my red lace lingerie on a bed in the middle of a large room. The entire group was going to watch as they each took turns fucking me. I know this was to test just how bold I was at this super kinky swingers party. They’d see soon enough just how ok I was with this.

I laid there and waited for my first fuck. I felt hands run up my thighs and my body shuddered. Then I felt a tongue run up my twat, over the lace. Suddenly, large hands tore at the lace, revealing my bare twat. Then I felt a thick tongue dart in and out of my pussy and massage my clit.

I could smell cologne and I knew it was the large black guy I was lusting after. Once his cock pressed against my hole, I felt certain it was him because his cock was so huge and thick I screamed. He started fucking me at this super kinky swingers party and then I felt another person, a woman, sucking my tits. I just had a feeling it was his wife and that’s when I came all over her husband’s cock.