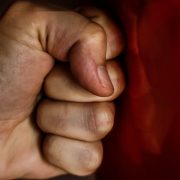 Most importantly, Jackson and I had fucked for a while. Therefore, he knew my desires.

“Look,” he reasoned with me one day after I’d ridden him so hard he fell out of bed. From his place on the floor, he touched my leg, still trying to look suave.

It didn’t work but covered in sweat and spunk and my slick, he resembled a sad, wet puppy. So I listened.

“You keep asking for me to use a toy alongside my cock. And that’s cool, Pookie, I don’t mind. But if you wanna be stretched, do you wanna do it in a way that doesn’t leave my dick sore?”

Curious, I opened my legs so he could see my wet, hairy pussy.

“Jesus.” Jackson took a moment. “That’s how I know I’m whipped.” He breathed in, out. To continue calming himself, he patted my knee. “You’re insatiable.”

In response, I laid back and opened my pussy lips. “If you think you can.”

Sighing, Jackson attempted to stand. Failing, he fell back down and laughed. “Oh, I can,” he assured me.

I scooted back on the bed as a challenge.

Trying Out His Plan

“Why are you even starting with two fingers?” I chided.

Shaking his head, he lubed up three fingers and pressed them inside. “My cock is big, Pookie. It’s a little bit more circular than my fingers are.”

It was a good point. Already, my pussy was stretched and I wanted more. He flexed his fingers, wiggling and spreading them against my warm pussy. The lube on his hands made his fingers cold, and my pussy shivered a little bit.

“Alright, baby.” Jackson pulled out his fingers and gave me a show of lubing them up, one by one. Droplets of the cold lube met my pelvis. But, it only served to excite me further. “Good time to do it is after I’ve already stretched you. Made it pliant.”

I gave him a little push with my foot. “My pussy is still hungry, you jerk. Give it to me.”

Finally, Jackson was ready. It took a moment, but then four fingers slipped inside me, each of them stretching. Then, his thumb pressed in.

Five fingers. Almost a fist. As he pushed them in, I threw my head back into my pillow. My breasts heaved with my breath. Though it may seem overdramatic, the truth is the opposite: it felt extremely good.

Already, the sides of my pussy felt like fire. Any movement from Jackson’s fingers made me tremble. As I breathed hard, Jackson kept watching me, cautious of anything being too much.

He must have known I couldn’t speak. Weakly, I nodded, and his hands slipped outside of me again. Before lubing his hand up, he patted my thigh and gave me another kiss. “You’re doing so well, Pookie.”

Then, he pressed all fingers inside again, and my eyes rolled to the back of my head. As expected, I didn’t see anything. My mind couldn’t focus on my vision.

Instead, I felt. His hands tightened and I rolled my hips. My body adjusted, swaying side to side.

And then, his fingers contracted and he twisted, twisted, oh so beautifully. As a result, my gut clenched from the sensation. My legs shook, electricity shooting up and down my nerves. Hot blood pounded in my ears, and I came.

Hey there! For the next two weeks, I’m having a phone sex sale! Call me to get some Free Phone Sex— 5 min off a minimum purchase!!  Be sure to mention my blog to get the discount! 🙂