Feminizing My Sissy & Showing Him Off 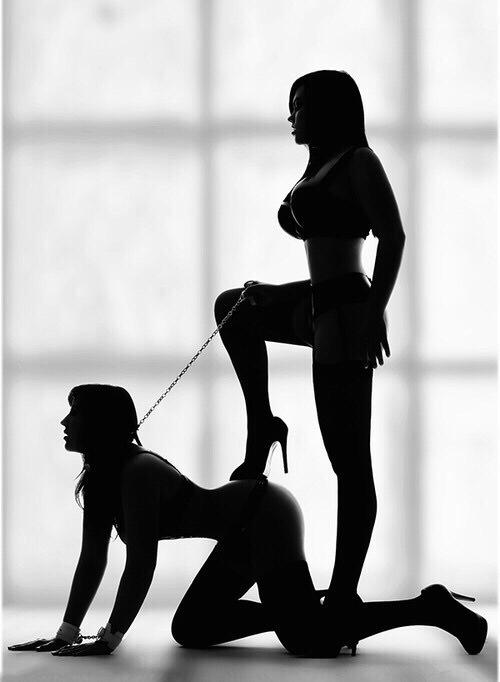 Alex had been coming over for a short time. We met only 2 weeks prior to this visit. He only wore panties. I wanted him to get used to the feeling of women’s soft and silky clothing. At first he said he only liked panties. He was coming around though. Today he was in for a real treat.

I told him to pack lightly I was taking him on a short vacation.We got into my car and drove for a solid 5 hours. We ended up in New York, NY. I picked out a nice hotel for us to stay in for 2 days. Some what low key area.

When we arrived it was near dinner time. I asked Alex if he was hungry. He perked right up and went to get his shoes back on.
“silly little slut, you’re not wearing that. Come here I packed for you.” I said this with the biggest smile. I pulled out a large black garment bag. In it were various dresses with coordinating under garments. I had another bag with shoes, and last a small bag with a very posh blonde, medium length wig. He stood with eyes glittering until it dawned on him.

“You want me to dress like this before we go out? People will stare! I’m not comfortable doing this. I’ll where the panties and stockings under my pants but thats all.” He reminded me of a kid having a tantrum. I sweetly walked towards him and stroked his face, and slid my hand down the front of his body to his limp cock. I rubbed it slowly, so slowly. He still vied to have that taste to have me.
“You want tonight special don’t you? Why do you think I brought you here. NY is a great place where people will accept you…plus no one knows you. Put these on for me?” I was being so coy. He knew it. Still having a cock made him think like a man, with his dick. He relented. Slowly. He pulled all his clothing off and stood naked and semi hard.

I pulled out satin panties that had a sexy lace edging. I had him step in and pulled them up over his hard cock. I had him stand in front of the full length mirror. He eyed how tempting he looked in them. I then pulled out matching stockings and pulled them up, I then fastened a bra on him and put fake breasts in to make him have a more realistic shape. Last I wrapped a shaping corset on him. I pulled it in tight to make him have a luscious curvy body.
Just looking at him like that made me smile. I truly do find sissy men absolutely irresistible. I then pulled out a tight black dress. I knelt down and started pulling it up, when I got near his cock I let my hands rub the outline of his hard on. I wanted him to feel that I thought he looked amazing and desirable.

With the dress pulled up, I got out the heels. Also black and a modest 4 inches tall. I had him sit on the bed while I fixed his wig. I then did up his make up, Highlighting his cheek bones and making his lips look fuller. I stepped back, he easily passed for a maybe more masculine looking beautiful woman. Very attractive in my opinion. I stood back and had him get up and walk to the mirror. He did a turn and couldn’t believe the transformation.

I broke the silence and told him it was time to go out. He looked nervous and hesitated yet again. I started to walk to the door and looked back at him. “You want your reward later don’t you?” That worked!

We went down the elevator and out the lobby. Not a single person gasped or laughed. In fact men were noticing him the way they would a born female would be noticed in such a sexy dress. His confidence was up. We got to a nice restaurant and enjoyed one another. He completely forgot about his discomfort of the corset and we had a wonderful time. Eventually he had to use the restroom. I took him to the ladies room and had him use the toilet the way a lady would. I powdered my nose while he took care of things. Once finished he mimicked me in the way to checked my hair and make up. I was so proud of him.

We started to hail a cab afterwards since it was late. A few guys were walking by and stopped to talk. One of the guys was eye fucking my sissy and even asked for his number. He tittered just like a school girl and said “Not on the market hun” I said “yet..”
We got to our room and Alex just gushed about how great his night was. He was high on adrenaline of finally going out and being himself. I was very turned on and wanted Alex that minute. I took him by the back of the head and smashed my lips down on his. I sucked his tongue into my mouth, he moaned and returned my fevered kiss.I took his clothing off but kept the panties, stocking and bra on him, I also left his wig on.
We had amazing and passionate sex. I couldn’t get enough of that tongue. He just knew how to lick a pussy, pulling and tugging on my pouty lips then attacking my clit. He might have looked like a hot bitch but he fucked me like a man. His muscles flexing as he grabbed my legs and pounded into me. Seeing his bra strap fall off his shoulder made me crazy.I would later introduce Mr.Strappy. One small step at a time though. I had plans to eventually set the men at him. I knew he would be received very well.

On a very personal side not to my sissy readers, or anyone else that hides themselves from people. There is something to be said for a man with enough confidence to own who he is. Married to a wife who has no clue you like her soft satin lingerie? I say tell her. You never know, If she doesn’t like it well to bad! Strut your shit in those hot knickers you love!

Mention: SexySissy4Aly and get extra free minutes off your next paid call.