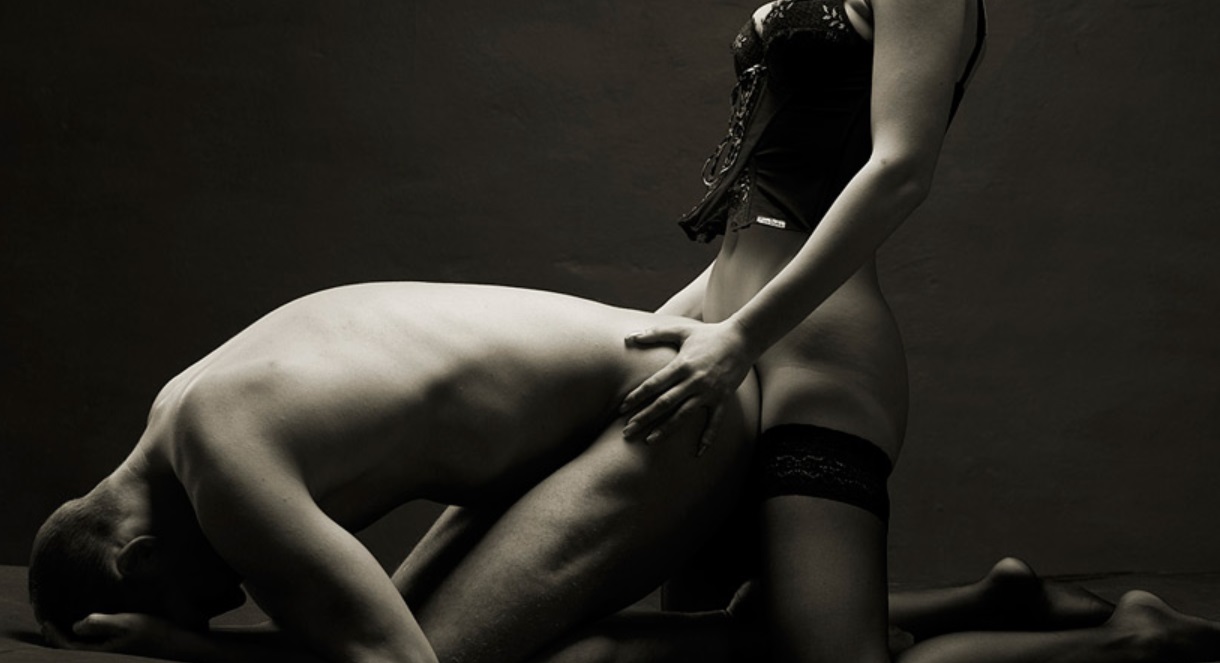 Femdom fetish boyfriends are so much fun to play with.. I’ve only ever dated two, but this recent one is so much fun. He’s a masochist, on top of it all, and I only figured this out after he’d get ridiculously turned on from every bite and kiss, and every time I dug my nails into his back. I thought I was a little masochistic slut.. But the little toy loved to unleash my wild side on him, and at one point he’d start begging for it. If I eased up or went soft on him, he’d be begging me to be rough. So I took it one step further, and came back one day with a load of toys. Handcuffs, chastity cage, nipple clamps, and a strap-on.

You should have seen his face.

It was a mixture of ‘are we really doing this?’ and ‘please give me everything you’ve got.’ I could see the femdom fetish come to light in his eyes: he wanted to be completely mine. Once the secret was out and the toys were all laid out, we started it off slow. I chained him up, teased him.. whipped him a little, too! Once his cock was in its chastity cage, I could turn him on as much as I wanted, just to hear him struggle and moan. He’d beg for me to release him, his cock was craving to get rock hard for me. It would bulge at the sides of the cage from how bad he wanted to be free, to fuck me. However.. I was having too much fun being cruel. So, rather than let him fuck me, I put the strap-on on and told him I’d be the one taking control tonight.

His eyes nearly rolled in the back of his head when I rubbed the head of that strap-on against him.. I slid it between his cheeks, and I could feel him tense up, then relax, almost as if by instinct. He knew what was coming, and he wanted it.. All it took was a little encouragement.