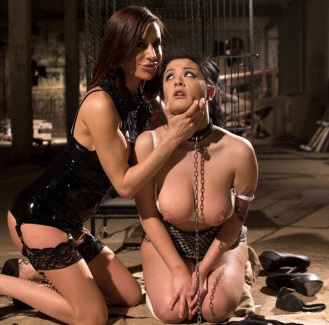 I am THE BEST female accomplice, and as some of you may know I am a very sweet person until one of two things happens- either you piss me off, or screw over one of my friends. Well I already told you how I settled a situation for one of my friends, but every once in a while, my male friends need the help of a devious woman, and I am one of the most devious out there, so don’t hesitate to ask me for help. But, like most guys, my friend Marc didn’t exactly ask for help, he just told me a story of how this bitch worked him over, and I took matters into my own hands, and he was totally satisfied with the outcome.

So he was in the casino, and at the table was this beautiful Asian woman. Like some men, he had an obsession with Asian chicks, and this was a near perfect example- 5’1″, about 95 pounds, perky ‘C’ cup tits, long black hair with Jade green eyes and pure white skin. While he played sensibly, she pissed away a few hundred dollars. She was also a little drunk, but when she lost all her money, she sat next to my friend, put one hand on his lap, kissed him on the lips, and said good luck. After a few hands of cheering him on, she asked if he would bet for her, which he did. She promised to split the winnings, but instead of winning, she just kept increasing her bets. He did notice her hide a couple bigger chips at first, but she ended up playing those too.

It didn’t take long till she cleaned him out. She asked him to go to the ATM and when he said no, she grabbed his cock and said if he took out some more money, and they lost, she would take him home and fuck him all night. Well my dumbass friend went to the ATM, with her next to him, and she hit view balance and saw how much he had in his account, and tried to get him to take it all out. He only took out half, and went back to the table. She quickly lost it all for them, and again promised if he took out even half of what he had left, she would take care of him. She reached into his pants, put his hand on her ass, and said “Don’t you love me big boy, I love you”

Like most guys, horny tipsy and somewhat drunk, he gave in, and when they lost, she feigned indignance and stormed off. Ten minutes later he saw her, and she offered him her car keys to hold. Said if he took out the rest of his money, he could hold her keys, and then drive her home to fuck. He gave in. She went to a Blackjack table, bet it all on the first hand and lost. She then took her keys back, and made it look like he was trying to rob her. He backed away, and a few minutes later, he saw her massaging another guy at another table. He left broke and with blue balls.

I was so pissed, I couldn’t let this go. Turns out he had seen her before. She is always loud, and has lots of money. I started planning, and a few weeks later asked him to take me to the Casino, and teach me how to play. Nice guys are suckers, but only I can take advantage of my friends!

I met him and picked him up. I was wearing one of my signature green dresses that shows of my 32G tits, hugs my body, and barely covers my ass. He smiled at me and got in. He didn’t look too bad either, dressed in black slacks and bright purple polo shirt. His cologne wafted my way, and I smiled as we took off. He directed us to the casino, and the poor Valet almost tripped over himself helping me out, and I know he saw I was commando. I had Marc take me to the tables and show me how to play.

When we got there, he scoped out the tables to see which would be best. Sure enough, at one of the tables was his girl. She had 2 Heineken’s in front of her, and was swaying. I sat on Marc’s left, and she was to his right. She didn’t recognize him at all, but he knew her. She was cursing that she had lost $1,500 and the dealers were screwing her. I took out $1,000, split it with Marc and started playing. I watched her more than the game, and sure enough, she saw Marc’s stack, and her eyes grew big. I then watched her sneak all her big chips away, and start flirting with him. Jackpot!

She moved close to him and I watched her wish him good luck. She quickly lost the small chips, and cuddled into Marc. I cleared my throat, and Marc introduced me. Her name was Kim. I told her Marc and I were just friends, and she went to work. Had her hand on his leg, head on his shoulder. Then asked for him to bet for her. I told him to give me his big chips, and help her with the small ones. He did, and she lost. Then she asked him to go to the ATM. He told her no, but I told him it was OK. When they left, I slipped 1.5ml of GHB into her beer. By the time they got back, she slammed the beer, and started losing.

I heard her ask him if he wanted to fuck her, and that this time she would “go through with it”. So she did recognize him! When they lost all the money in front of them, I helped him escort her out. She was now a bit more wobbly, and asked where we were going. I told her she was beautiful and that I wanted to fuck her too. She smiled at me, and we helped her to my truck. I got in the back with her, and Marc drove. I told him I had a hotel not far away, and he took off. I kissed Kim, and she was unresponsive, perfect…

First thing I did was go into her pocketbook and fish out all the chips. The bitch had close to $5,000 dollars on her! Next, I took another couple grand in cash. When we got to the hotel, I gave Marc $3,000 in chips and another $1,000 i cash. Hey, I need money too. When we pulled up at the hotel, I put cuffs on her wrists and ties on her ankles. I registered in the lobby and we pulled around back. This was a ghetto hotel, and was perfect for my plans.

We carried her in and locked the door. Marc laid her on the bed, and I took out a pocket knife to slice her clothes off. He looked shocked, but I didn’t care. Next, we cuffed her arms to the bedposts, and her legs spread to the feet of the bed with rope. She had a nicely shaved pussy too. I decided to wake her up, and threw some Ice water on her and smacked her face a bit. When she came too, her eyes got wide. Standing over her was a tall naked red head and a furry naked guy, both wearing Devil masks. She screamed, and I slid a ball gag over her mouth. I also slapped her and told her if she screamed again, I would cut her nipple off, and roughly dug the blade into her tit.

She settled down fast. Then told her she had a promise to keep, and motioned Marc on top of her. I straddled her face, and held her legs open for him. I knew she couldn’t breathe, and didn’t care. His cock looked so hot in her pussy, and I put his hands on my tits. I wanted my pussy wet and slimy to rub on her. He fucked her hard, and I twisted her tits. She struggled, and I smacked her nipples. I begged Marc to cum and fill her up. She didn’t seem to like that, so I got off her face, and rubbed his balls while he fucked her. I knew this would put him over the top.

I then pulled out of her pussy, and rammed into her ass. She was not ready, and tried to clench up. I loved it, knowing it would just hurt that little bit more. I pulled back, and rammed forward. I could hear her squeal through the gag. I looked down, and the rubber was stained with blood and shit. I told her she was going to clean it when I was done, and rammed in again all the way. I then had Marc get behind me and play with my pussy as I fucked her. I told her when I came I would pull out. Marc was very slow rubbing my clit, and I loved it. We had broken this bitch, and wrecked her ass. As soon as I heard her crying, it made me cum.

I asked what Marc thought we should do next. He said he wasn’t sure, but I was. I uncuffed her from the bed, and helped her to the shower. We washed her good and stripped the bed we had been using. I then got dressed, and told Marc to wait. All night long I had found drug dealers, pimps, and homeless people willing to pay from $5 to $50 to use her. One guy who couldn’t get his cock hard, decided to use her nipples to put out his cigarette…

When morning came, we talked to her. She was living here illegally, and told us where her car was parked. She begged us to let her go, and I almost felt bad, but knew we couldn’t. I left her tied up and went with Marc to get her car. On the way back, I called a friend in Miami and asked if he could clean up a mess for me. He agreed, and didn’t even charge me, as he figured he could make a few bucks too. So we left her keys sticking out of her pussy, and the room key under the door. After that, I have no idea what became of her…