Facesitting at its finest! ✯ 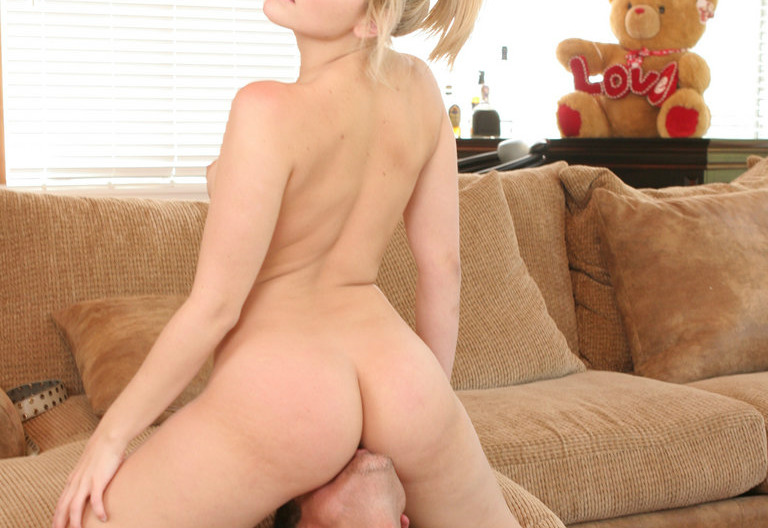 Facesitting at its finest!

I told him that I needed help with math and invited him over after school. He said he would be happy to come after he got done with the chemistry club. What a nerd! As I waited for him, I took a nice hot shower and got off thinking about facesitting his goofy face with my ass. My pussy was so swollen from the anticipation that I could barely keep my hands off of myself. I put on a sexy black lace thong, short shorts and a cute tee shirt where you could easily see my erect little nipples.

When he arrived, I offered him a beer and he declined. He seemed really nervous and kept fidgeting his hands. I told him to make himself comfortable on my couch and I could feel his eyes glued to my ass as I got us a beer anyway.

He chugged his beer and said that he wanted to be sure that I was prepared for the test on Friday. I told him the only way to prepare was to loosen up. I removed the beer from his hand and sat on his lap. He seemed in shock and started shaking.

“Whoa, uh what are you doing?”

I told him that the only thing he needed to teach me was how he used his mouth. I removed his glasses from his face and ordered him to lay down on the couch. I removed my shorts but kept the thong on. I then straddled his face and told him to open his mouth. I placed my lace covered pussy on his mouth and ordered him to start licking it. He did as he was told! Facesitting at its finest!

He then moved my thong to the side and started to really go at my pussy. I looked back to see his cock hard in his pants and I could see pre-cum leaking through his jeans! Ooooh, someone is certainly excited. I continued fucking his face and grinding my pussy all over his mouth. I made him lick my asshole and forced my ass all over his face, cutting off air. He started squirming saying he couldn’t breathe and then I would let up, laughing. He kept eating my pussy and so I knew he loved it! Lick that pussy you nerd! Yummy!

Do you want some Facesitting or other Fetish Phone Sex ?