Just The Face-Sitting He Needs 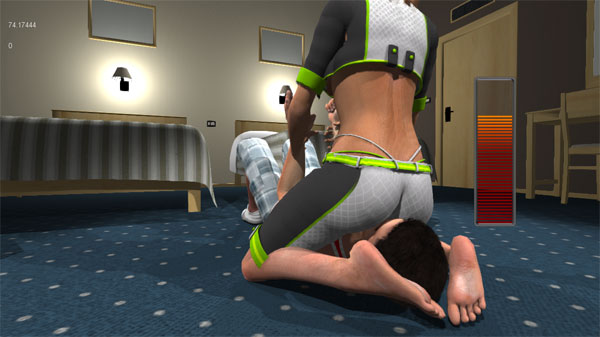 Just The Face-Sitting He Needs

Tonight he will learn all about face-sitting! As I dragged the leather strands of the whip slowly across his skin, I watched him writhe in delight. It would appear the he loved to be dominated, and that was good for me; I enjoyed the sensation of power which came from cruelly teasing my subjects. He winced as I flicked it upwards, before the strands smacked firmly against his flesh, leaving a tender bruise.

As he lay confined to the bed’s steel posts by a set of handcuffs. His cock stood at attention for me. I teasingly placed the whip on the floor beside him, bending over to reveal my lacy, scarlet underwear. My figure-hugging pencil skirt hiked up my thighs, which were draped in the fine, shimmering nylon of my barely-black stockings. I could tell that he was longing for my pussy to be wrapped around his cock, but I was going to deny him. Instead, I would ensure that the pleasure was all mine.

I approached the bed, clambering on top of him as my lips grazed against his neck.

I allowed him to take a few deep breaths before I lowered my slit onto his lips. I was strictly demanding him to perform oral on me.

True to my request, his tongue began to flicker lightly against my extremely sensitive clit, immediately sending an impulse of pleasure through my body.

Feeling his cheeks wither weakly against my nylon encased thighs, I lifted my hips, allowing him to breathe for a few moments before I resumed the face-sitting. I moaned in delight as the soft, damp touch of his tongue rippled sensually through my cunt. I could feel my crevice begin to drip with pussy juice, and the juice being carried away by his swift, flicking movements. I let my hand grip his thigh as I balanced myself, tilting my head backwards as I felt my eyes roll into the back of my head, whilst all the while, my mouth let out gasps of air as I breathed heavily.

I let him regain his breath one final time, withdrawing my pussy from his face as I began to roll my finger over my clit, not wanting to damage the momentum of my oncoming orgasm. Feeling my veins begin to burn with ecstasy, I dropped myself back onto him. My muscles shivered as my senses collapsed into one fiery ball of passion. It left me in a breathless pile on top of him. Feeling nothing but satisfied. I rolled away from his body, turning to see that a pool of my creamy juices had formed around his lips.

Are you into face-sitting? Try Fetish Phone Sex for all your kinks!