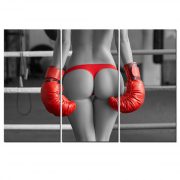 Extreme Sex, Kinky Fart Fetish, and Boxing for Couples, a good time!  My boyfriend and I both have horrible tempers. We love each other completely but to be honest we were just arguing and fighting all the time. So we decided to go to couples counseling. We paid a lot of money for them to tell us to talk it out. The only problem was just talking led to yelling which led to full-blown arguing. Well, we all know what happens when arguments lead to physical pushing and shoving. It ends with extreme sex.

So we went to anger management classes. It did help to learn some tools for each of us to use in moments of stress. However, we would still get physical  After witnessing one of our tirades one day a friend of ours invited us to his gym for a boxing lesson. He said if any two people needed to know how to plant their feet, block and swing a punch it was the two of us. Our friend suggested boxing would give us the discipline needed to pull our punches also.

When to fuck and when to fight!

So off to the gym we went and started our lessons. It was great fun and was an intense workout. We loved it. The thrill of my glove connecting with his nose went beyond anything I had ever experienced in my life. He sucked at blocking but he was great at pinning me to the mat. It also was a great way to build us to some really extreme sex!

Hardcore sex and noses in our asses!

Every time he would pin my arms by sitting on my face I would shove my nose deep into his ass. After we discovered how very intimate boxing could be we set up our own arena at our home. From then on when we would start arguing we would take it to the mat and the extreme sex was always awesome!

We would box naked. It always ended with one or both of us shoving our noses in each others ass. Nothing pleased me more than pounding the hell out of his fucking nose watching the blood pour from it and then sitting on his face and shoving that same injured nose deep into my asshole!

He loves when I fart on his nose!

After such an intense workout I would sometimes be especially gassy and that turned him on just farting while riding his nose until he came.

For Rich, because your nose was made to be pounded and then sat on!