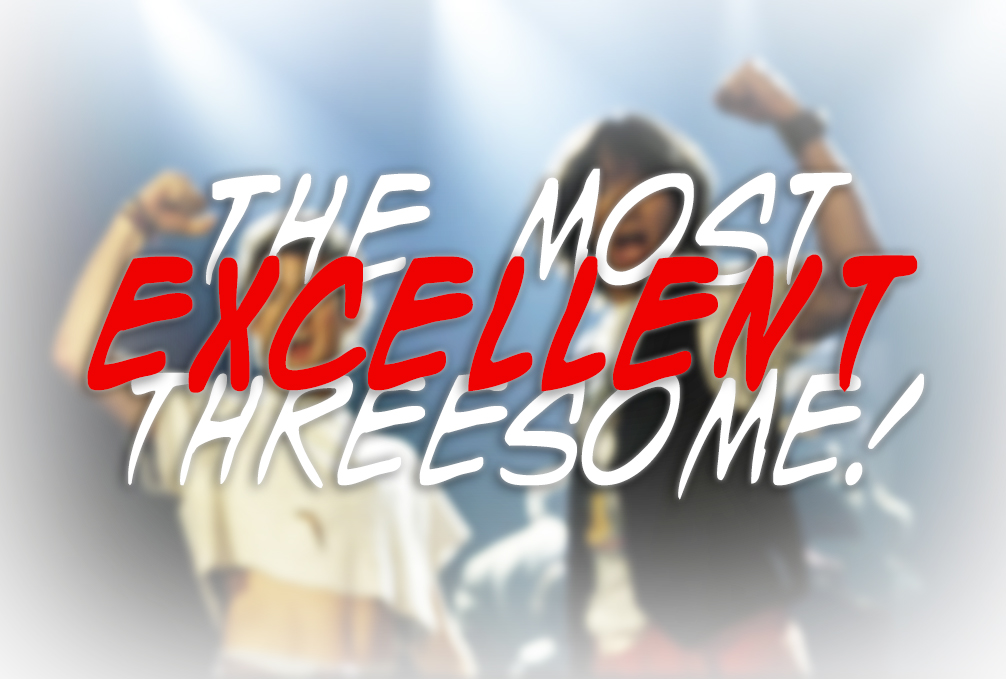 I was getting out of my car to pump my gas at the Circle K downtown. It was pretty late and the air had this odd electric feel to it, so I tried to be quick. As soon as I hung up the nozzle there was a flash of light and lightning shot down.

Falling down from the flash, I see what looks to be a telephone booth, something that you would not see in 2017. My eyes were still blurry from the blinding flash of light and I tried to make out the faces of the people who stepped out of the phone booth.

I rubbed my eyes and heard a voice say, “Whoa! Sorry there miss. But, wow, what year is this?” And the person helped me to my feet. Slowly I see a young man, shoulder length brown hair, with clothes on that I had not seen since I was a kid. Next to him, a shorter, blonde, curly headed guy with a crop top.

We talked a while and I found out that their names are Bill S. Preston Esq. and Ted “Theodore” Logan from San Dimas. They’re high school students trying to gather information for their history paper. I told them they had come to 2017 and they won’t get much info here.

But, that doesn’t mean they should leave just yet!

So invited them back to my place for a bit while we discussed some history, ate some pizza, and played guitar. Apparently, they have a band called Wyld Stallyns and I am a sucker for guys in bands! So, I was turned on from the beginning but the guitar playing made it more intense.

And then suddenly I was making out with Ted as Bill was taking off my jeans. Ted then ripped my t-shirt off, exposing my perky nipples, he began to suck them as I feel Bill spreading my legs and licking my wet cunt.

I took them back to the Circle K and before they climbed into the phone booth they told me, “We had the best time. It was the most triumphant! We just have one thing to say before we go that you must pass on to the rest of the world.” I smiled and said, “Sure! I will remember it forever.”

For more of my free sex stories make sure to subscribe to The Kinky Kingdom!