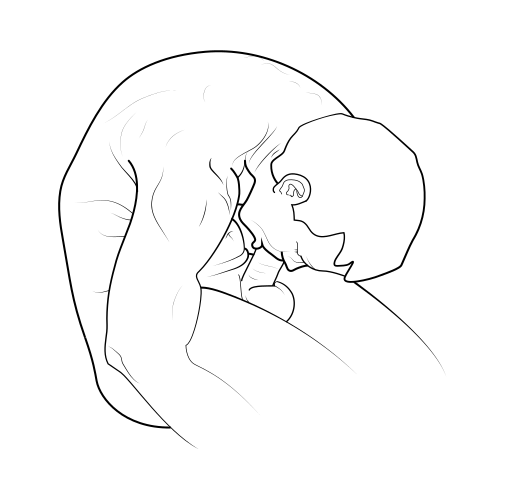 My mouth adhered to his cock like a band-aid not wanting to let go of its wound. Although either available orifice was more than ready for his cock, the one that was occupied wasn’t so much as close to being done with it yet.

As much as I wanted my fingers to find their way down to my oversaturated clitoris, I was all too aware that any stimulation of it would result in the shuddering, quivering orgasm that I knew I deserved, but the arrival of which I wanted to delay for as long as possible. The only negative, if one would refer to it as such, is that his cock was so big that I could engulf only slightly more than half of it.

He gave a grunt in response, but I saw his shoulders hunch down. Inwardly, I smiled to myself. I couldn’t smile while my mouth was stretched around his cock, but I didn’t have to wait. His hands pulled me off of him as he bent over further, his lips opening.

In encouragement, I licked his shaft, never taking it into my mouth. He bent over even further, able to lick the tip of his dick. His hips jerked further into his open mouth, and I continued mouthing his cock as encouragement. I slipped in a couple of words, too. “You can do it. Just a little farther.”

Body bent over, he managed to slip his cock into his mouth. His lips wrapped around the head and his mouth hollowed. He’d done it. He’d managed to suck his own cock, and his body only seemed to appreciate it by how much more he could bend over and how much deeper his cock fit into his mouth.