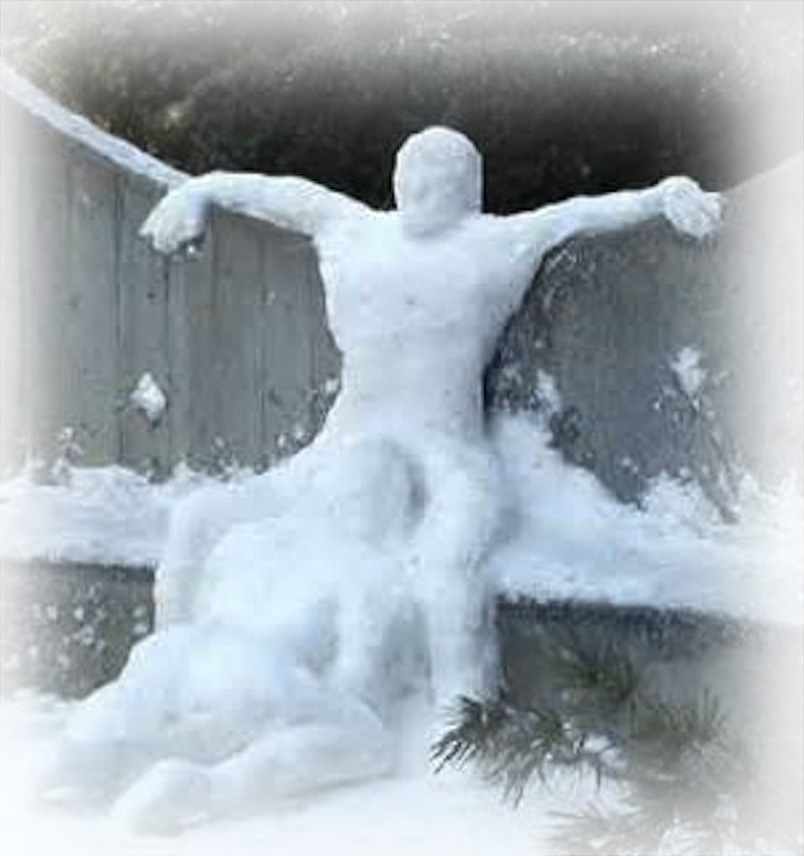 Sometimes you have no idea that you are the object of a random guy’s edging session. Who knew someone found me sexy in my ski pants?

I love the snow. I was so excited to put on my ski pants and boots to go shovel the sidewalk. Being a good midwestern girl, I like to make sure I do my part to make it easier for people trying to get around. I shoveled until it got dark last night. The snow kept falling, and I was getting a great work out. I noticed a guy looking out his window, watching me. So I didn’t think anything about it at the time. I just went on with my work, and then went in and settled down with a glass of wine.

I was out early in the morning, back at it. The guy who was watching me was at his door. “Would you mind shoveling my sidewalk?” He asked me. I said sure- and went over and did a great job cleaning his walk. He thanked and offered me a hot cup of coffee. I agreed to come in for a minute.

The guy smiled shyly at me and told me he had a confession to make. He said he had watched me last night working on the snow. He even took a few pictures. Then he admitted he meant to jerk off to me but fell asleep. This guy woke up in the middle of the night with a hard-on thinking about me. He started to edge, looking the pic of me. He stroked himself slow and steady. Whenever he felt he was about to cum, he would stop looking at my picture and then slow it down. He said he has been doing this for 6 hours!

I looked down at his crotch. He was wearing old ratty warm-up pants. I could see he had a huge hard-on.

Then he told me I was the best neighbor he ever had!

You can do some edging to me too!