Drunk and Passed Out at a Party ♕ 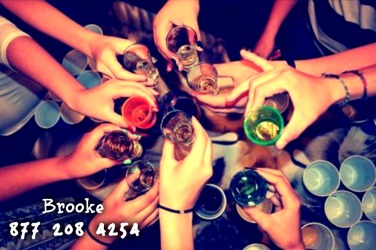 I was taken advantage of while passed out drunk at a friend’s party.

When I showed up to my friend’s party it was not with the intent to get drunk. I only planned on having a few drinks and then calling one of my fwbs to come over to have some late night fun. But when I arrived the party was already in full swing. The moment I walked into the door a drink was handed to me. I was ushered into the kitchen where shots were already lined up on the counter.

It didn’t take long to feel the effect of the alcohol. Only two hours into the night and already I was feeling a little drunk. I lost track of how many shots I had as well as the drink in my hand that never seemed to be empty. I had no idea how drunk I really was until I got up to go to the bathroom. That’s when my head started to spin and my body didn’t want to cooperate. I finished doing my bathroom business and decided to go rest my head in a spare room I had found.

I only wanted to lie there for a minute. So I could feel the beat of the music through the bed and before I knew it I had passed out. I don’t know how long I was there, I could still hear the loud music and the room was dark but I could feel someone between my legs.

I awoke to someone between my legs lapping away at my pussy. I’ve always loved when my boyfriends have woken me up by eating my pussy or fucking me. I was still very drunk and disoriented. I was getting into it and moaning and I’m sure the person eating my pussy could taste my arousal. But then it hit me. I wasn’t at home and I had no idea who the hell was between my legs! I started to pull away but the hands on my hips held on tighter and wouldn’t let up.

He then flipped me over so I was lying face down on the bed and pushed my legs together. Straddling my thighs he then grabbed my ass cheeks and started to spread them apart. I could feel that his pants were already gone since his bare skin was touching mine. The head of his cock pressed down into my dripping folds as he moved in closer. He took his cock in his hand and rubbed it up and down my slit before starting to press it inside of me.

He held me down firmly on the bed as his cock started twitching. I could feel his cum shooting into my fertile pussy coating the walls and dripping out of me as he continued to slowly pump in and out. He leaned down and whispered “I knew you’d be a good fuck. I hope you enjoyed that as much as I did.” I couldn’t hear any of his voice in his airy whisper in my ear so I still had no idea who he was. He pulled his deflating cock from my pussy and climbed off of the bed. I heard him putting on his pants and tried to turn to see his face but I was still drunk and the movement just made the room spin even more.

I asked who he was but he didn’t say a word. He opened the door and quickly closed it behind him. I still have no idea who he was. I wish I did because I would love a repeat performance of the best oral sex I have ever had. Have you ever had amazing sex with a stranger and still don’t even know their name? I’d love to hear your stories!!! Give me a call and we can share more!