Drag Queens are Gorgeous and FIERCE…I Just Love Them!* 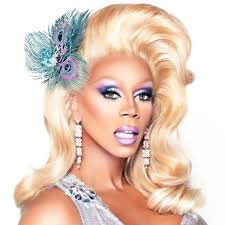 Drag Queens have always turned me on since I was a kid. I can remember watching The Rocky Horror Picture Show at age ten and feeling very attracted to Dr. Frank N. Furter. That attraction has only increased over time and at this point, I get so wet over Drag Queens that every time I see one I wanna fuck them.

I have a hot friend named, Ms. Understood. She’s a badass Queen and has been one of my lovers for years. My boyfriend and I are both fucking her, these days. This week I asked her to help me give my man a Drag Queen make-over! When I got home, dude looked like a lady. I was a little jealous as a matter of fact. So much so that I was feeling a little sinister.

So cuckolded him. When I got there he was looking so pretty, I just wanted to smear that lovely little smile right off of his face. I walked over to Ms. Understood and started to make out with her. I knew this wouldn’t make my boyfriend jealous. I was just waiting for him to try to join in. When he did, I put my hand on his face and stopped him. I looked over to his questioning eyes and pushed down on his head.

He immediately went down to his knees. I leaned over and unzipped Ms. Understood’s red leather pants and untucked his cock. Some people think drag queens are less than a “real man” because they dress like women; tell that to his rock hard ten-inch dick towered over my boyfriend’s eight inches. With my boyfriend on his knees, I slapped him in the face with Ms.Understood’s growing dick. Every time I slapped my boyfriend’s face, Ms. Understood’s dick grew harder and longer.

When it started throbbing in my hands, I grabbed my boyfriend’s face and slammed the two together. My boyfriend pulled back but I just kept shoving him down the shaft. I pulled it out as he started to gag. When he caught his breath I laid Ms. Understood’s cock on her forehead and shoved her balls down his throat. He happily slobbered on them. I left him there on his knees to suck her cock some more while I  worked on undressing him.

Just as he got really into blowing her, I turned him around and bent him over. I took our tub of coconut oil out and lathered his asshole up nicely. I guided Ms. Understood’s huge cock slowly into my boyfriend. I stepped back and sat down in the chair in the corner and began to finger myself. Watching my sexy Drag Queen lover fuck my boyfriend is SO hot!

I came several times while I watched them go at it. What a crazy night that was!