Don’t Tease On The Internet ♕ 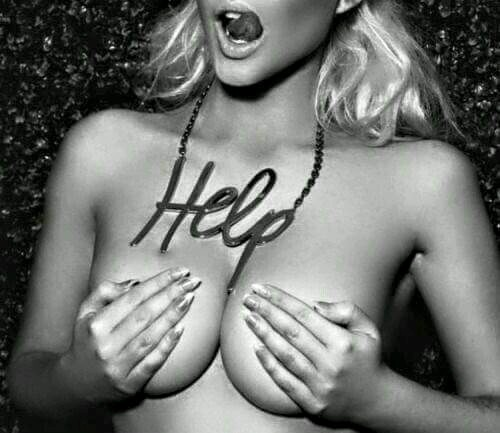 Don’t Tease On The Internet

So I suppose I broke the ultimate internet rule the other day…I met a guy who I have never met before, after some highly sexually charged discussions we’d had over the instant message programs. This is the ultimate no-no, and I didn’t tell anyone where I was going, or that I was going to meet a guy I had only known for some months online.

Dave has been a deviant friend of mine for a while now, and after talking about all sorts of wild and wicked things that we had been doing/done/wanted to do, I was more than intrigued to meet him. We had shared pictures, he knew what I was like and told me I was “way out of his league” and that he was a master masseuse. So, needless to say, my curiosity got the better of me, so after some prompting, I agreed to meet him for lunch.

I threw on a pair of navy jeans, a black tee, and flip-flops, hoping if I dressed down a little I wouldn’t entice his need to slice and dice, but as I checked myself in the mirror I did notice that my low-cut t-shirt showed off more than a little cleavage…

but a girl’s gotta tease a little right?

We met at the end of my road and I hopped into his car. I was worried it would be uneasy or awkward between us but it wasn’t at all, and he was actually a lot cuter than I had anticipated. He had a cheeky smile, naughty eyes, and a little beard (which as you guys know I go crazy for) so I was all in all pleasantly surprised. We sat and ate some lunch and had a few drinks, and inevitably the conversation turned to some of the darker things we’ve spoken about online. “You know I am a rape fan of course!”

I squealed in tipsy excitement, feeling the 2 dirty martinis I had had starting to affect my behavior.

He looked me dead in the eye and let the silence hang for a sobering second, and as he did I saw his brown eyes spark with darkness I hadn’t noticed before. I felt nervous for a second, but the thought was fleeting and the warm fuzz of the alcohol and his hand on my knee made me feel at ease.

After a few drinks and some very naughty and probing conversation, Dave pointed to the window and I noticed the dark wave of clouds that were rolling in towards us from Biscayne Bay. “We should make a move, don’t want to get caught in that,” he said and asked the server for the bill. “Would you like a ride home?” he asked, looking me dead in the eye with that naughty twinkle, “It looks like it’s about to get really wet.” I thought for a second, giggled a little and looked him right in his devilish eyes, and said “Sure.”

We headed to the car as the rain started and I got soaked by the time we got to it. My t-shirt went instantly see-through and my hair was drenched. Dave opened the car door and helped me in then ran to the driver’s side and jumped in. We drove the short distance to my house shivering. soaked and laughing. He dropped me off outside my house and I thought nothing of it, waving as he drove off from my front doorstep

I got into my house and closed the door, put my purse down, and went to my bedroom.

I hate wearing clothes at home, so I immediately took off my wet t-shirt and jeans and went to the bathroom. As you know I live in Florida, and any activity can make you sweat like a pig. I decided to take a quick shower and then relax with some calls. I was in a good mood, and took some extra time in the shower, enjoying the removable shower head all over my pussy and tits, and came once from the hard, warm stream. So I got out of the shower and reached for my towel. It wasn’t there and I cursed myself for forgetting to put it back. Maybe I really had been smoking too much weed lately!

So I stepped out dripping wet and shivered. I dripped off for a minute and then went to get a towel. As soon as I stepped out the bathroom door, I felt a rush of air and then felt a towel go over my head and get tied with a belt around my body. I couldn’t see anything, and before I could scream, I felt a large heavy object on my tit, and a voice said menacingly that if I screamed I was dead.

I instantly froze and was roughly pushed down on my bed.

The voice sounded familiar, but I was so freaked I couldn’t think clearly. He told me not to move, and I felt the object he was holding against me was a heavy kitchen knife, as he pushed the sharp point in right below my tit, and cut out a hole for each breast. He then whispered in my ear to open up and not move again. This time he took a smaller knife and cut a hole in my mouth.

To prove his point, he tapped my teeth with the blade and said “The first thing I’ll do is cut out your tongue..” Suddenly it hit me, it was Dave! I tried to say something, and ask him why he was doing this, but he hit me in the head with his fist so hard I was shocked. I could taste blood in my mouth but didn’t say a word. Next, he cut a hole in the back of the towel and pulled my hair out through it. He wrapped my hair in his fist and shoved his cock in my mouth.

He then touched the smaller blade to my cheek and told me to suck as my life depended on it, and I did.

He got up, lifted me by my hair, and turned me over.

He then got behind me and I felt his cock head at my tight hole. Teased me by rubbing it against my still vibrating clit, and then thrust inside me. He isn’t a small guy, and his weight pushed me down into the bed. I couldn’t breathe as he fucked my pussy and pushed my face into the mattress. I was starting to go gray, and then he yanked my hair back and air rushed in. Just as I caught my breath, he pulled out and rammed forward into my dry ass.

I felt it tearing and spreading as it took 3-4 hard thrusts to even get it in.

The only lube he used was my pussy juice, shit, and I’m sure blood, but he got it in. He took long, slow strokes from the head to the base of his cock. I screamed and was met with another strong blow to the face, this one almost knocking me out. He didn’t want that and bent my neck back as far as it would go by my hair until my ear was by his mouth, and he whispered, “Here is what you wanted all day”, and I felt him erupt deep in my ass. He seemed to cum for days and filled me up so much I felt it running down my leg and even into my pussy.

Then he pulled back, and I felt a new sensation, as he then let lose a stream of piss. I tried to ask what he was doing, but he turned me over roughly, pissing on the towel, and even in my mouth. I was still tied up, and he finished by putting his dirty cock in my mouth and telling me to clean it. So I sucked and licked until it was soft and he was satisfied. Then he undid the belt and took the towel off.

I whimpered a weak why, and he simply told me because I wanted it and loved it.

He then helped me up, put me on the floor of my tub, and turned the water on. He went into my pocketbook, got the bottle of Vodka I bought earlier and poured some in my mouth, and watched me swallow it, grimacing. Then he put the bottle down by the tub, patted my head, added a fresh towel to the rack, and walked out. As he left, he told me to call when I was ready to meet again..