I Crave Tiny Dick: OMG, My Doctor Hypnotized Me! 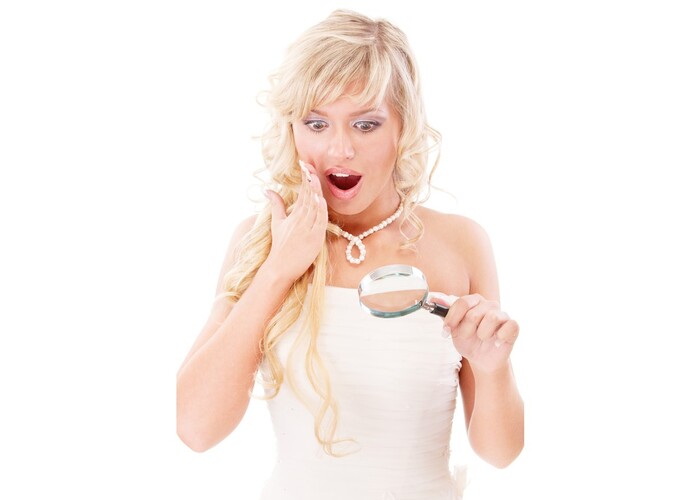 If you read my last blog, you know that I love that big dick energy that certain guys give off. It’s even better when they can back it up, of course. Well, I went in for a check-up with a new doctor and he had whatever the opposite of that is tiny dick vibes, I guess. As soon as he walked into the exam room, his eyes desperately looked my body up and down as if he knew he could never fuck a girl like me. So, he shamelessly checked me out because it was all he could do and he knew it. Or… so I thought because by the end of the exam my world turned upside down. He made me crave tiny dick!

I was wearing the flimsy gown they make you change into and was completely naked underneath because I forgot to wear panties. Oh well, I thought, I’ll give Doctor Tiny Dick a good show. I laid on the exam table and he lifted my gown to examine my stomach. He was so shocked to see my bare pussy. He continued the exam but kept peeking at the goods. Of course, he started to stutter and sweat. Next, was a breast exam. He pulled the gown completely off me and I lay there naked. I thought he was going to cum as he squeezed each full tit but managed to keep it together.

When that part was done, I told him I was having trouble sleeping lately. He told me he had a relaxation technique that would help and he could show me right then how it worked. I was happy to try it but I had no idea it would actually make me crave tiny dick.

What I didn’t know was that this was no relaxation technique, he was actually hypnotizing me! He made me close my eyes and guided me into a deep trance. Then he started saying that I crave tiny dick, that when I see a tiny dick I can’t help but want it in my mouth and pussy. It was like a spell was being put on me. I bet you know where this is going…

Then he told me he wanted to fuck me. So, I sat on the exam table and opened my legs wide. I can’t believe it now, but at the time I wanted him to fuck me so bad. He shoved his tiny dick inside me and I could barely feel anything but the pleasure was intense. My trance made me crave tiny dick as I wanted it more than anything in the world. I actually came so hard he had to cover my mouth to muffle the noise. Then his little dick squirted a pathetic little load inside me. Somehow I snapped out of my trance and made it home. But, to be honest, I think I may book another appointment.

One Reply to “I Crave Tiny Dick: OMG, My Doctor Hypnotized Me!”