The Dirty Dolls Night Before XXX-Mas

7 years ago
Adult Phone Chat,Animal Play,Group Sex,Phone Sex Kingdom
Twas the night before XXX-Mas and The Dolls could hardly wait.
Vibrators were humming thinking of Santa’s huge sleigh.
When out on the lawn there came such a clatter
Eight strapping reindeer a few elves and a guy much fatter.
Into the house they appeared in a flash.
On the floor, on couch we all got fucked and thrashed.
Santa’s big dick and his eight horny reindeer
Filled all our holes while the elves they did cheer.
He spoke not a word, but went straight to his work,
And fill’d all our stockings with a tug and a jerk
Laying his finger aside of his nose
Giving it a sniff and again his dick rose.
As he sprung onto his big sleigh he gave his team a whistle
While tucked in his pants he carried his big missile.
Now! Dasher, now! Dancer, now! Prancer and Vixen,
On! Comet, on! Cupid, on! Donder and Blitzen
Now boys didn’t Santa say I would get you all laid.
The Dirty Dolls are the dirties whores and love it any which way.
We heard him exclaim as he flew out of site
Merry XXX-Mas to all I plan to cum again tonight.
Happy Holidays
from
The Dirty Dolls
Make sure you sign up for our VIP newsletter and never miss out on a hot special! 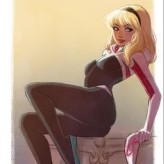