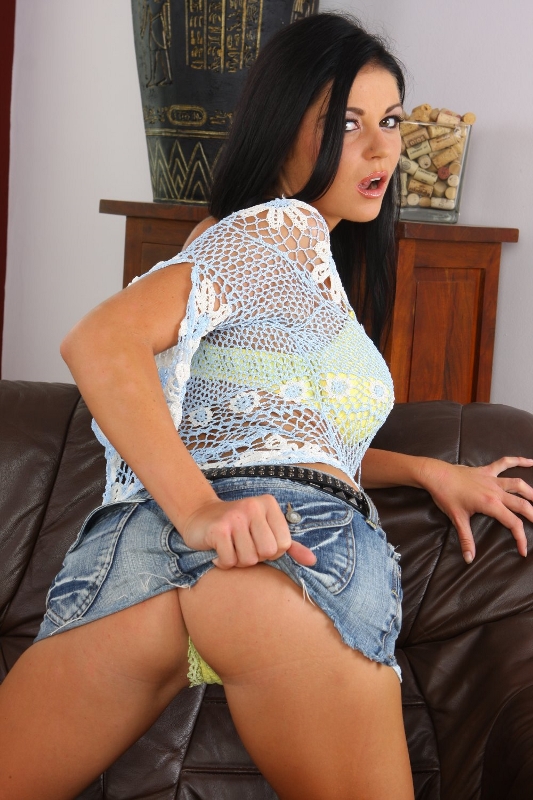 I love to cook! I love to cook with friends and with lovers. Tell me, what can bring two people closer than food? Strangers can even bond over food. To me cooking with a sexy partner can turn into messy sex easily. Try it sometime. Bring a hot girl to your house and cook together.

So I was cooking with a guy that still comes over for something to eat and fuck. He was the one who showed me you could turn food into sex. He was massaging a pork loin with olive oil and salt. So he was getting oil all over my counter and it was driving me nuts! I’m as clean as gets, so when he started pouring oil on my counter just to be obnoxious I decided to pour the other bottle of oil over his head. I started preparing a salad and grabbed the dressing.

He took me by the offending hand full of the dressing. He leaned into me for a full oily kiss.

Then he picked me up and set me on the edge of the slick counter. His hands felt their way under my dress. He massaged my legs just like he did the pork.

I felt a finger slip into my panties. His fingers grazed my little nub repeatedly until I was moaning.  He picked up the large cucumber I had bought for the salad and drizzled oil onto it. He worked the greased-up cucumber and fucked my cunt fast. All the while he suckled on my large gumdrop nipples.

He pulled me off the counter and bent me over.

He pulled the large cucumber out and bent down to lick my rose hole. Then he searched the counter for something sweet and sticky. Bingo! He grabbed for the little jar of honey. He drizzled the warm honey over my ass cheeks and hole. This is what messy sex was all about! His hands ran through the stickiness. The velocity made the massage slower and more sensual. I felt his tongue licking at me. Burning into me.

Once the honey was evicted from my body, he entered my pussy slowly. He took up the cucumber and probed my ass with it. Fuck it was tight and a little uncomfortable at first…but once he was pumping my pussy I loved it! He reached over and grabbed one of the cinnamon-frosted sticky buns and placed it on my back, he pulled his long oiled cock out and came all over the sugary bun. He placed it on a dish and set it in front of me. Then he said that would be my dessert after dinner…