Dirty Christian Sister Has the Hots For Her Own Brother ♕ 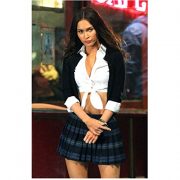 Dirty Christian Sister finds a way to make her brother hers.

Dirty Christian sister wants everyone to think she’s innocent.  She goes to church and Sunday school every week, volunteers to help the less fortunate, and works hard to spread the loving word of God alongside her equally devoted brother.  She wouldn’t dream of parting her legs for ANY man before marriage. Although, she didn’t consider her brother just any man.  He was the perfect man.

At night, she couldn’t control her thoughts.

She knew they were sinful, but couldn’t help thinking about all of the nasty things she wanted him to do to her.  Her soaked panties didn’t thank her on the nights she forced herself not to take care of things herself.  Other times she’d fail and just had to touch that little clit.  Her finger could have been his tongue, mercilessly forcing its way between those soft, plump pussy lips and right on top of that bullseye.  Her panties were the least of her worries once she found out that she was a squirter.  On nights like those, she had to worry about hiding the evidence of her sinful digging.

How long could this go on?

During slow, Sunday services, her mind would inevitably wander, and her body would ache for her brother’s hot seed.  Why would such sinful thoughts like these penetrate her mind in a house of God?  Perhaps they weren’t as wicked as she had assumed.  This dirty Christian sister considered all of the moments of incest in the bible and used them as fuel to justify her desires.  In fact, there was a particular cave where two daughters got their father drunk so that he would knock them up.  The wheels in her head started to turn.

How many times had he jerked off to his little sister?

He’d lost count.  How many more times would he do it?  It was hard to say.  He wanted to fuck that tight little virgin pussy like an animal.  He wanted to lick her baby-making cunt until she was screaming.  It killed him inside how someone else would get to coat those young walls with baby seed instead of him.  Any baby she has should be his, for he loves her most of all, right?  He knew the thoughts were dirty and wrong, but it wasn’t like he could marry his sister.

What a lovely day for a smoothie!

She had found the recipe online — this fruity mixture of ice, alcohol, and strawberries — powerful yet so easily drunken due to it not tasting quite like alcohol, and she made a huge pitcher of it.  She was counting on him to drink it all up, and he could tell.  But he’d cut sugar out of his diet for that month as a part of his personal fast.  Not wanting to hurt her feelings, he poured out the drink wherever he could when her back was turned.  Before long, the pitcher was gone.

It was time for this dirty Christian sister to make her move.

Taking a seat, she rocked back and forth a bit on his lap.  He could feel her grinding against him, and his body react in kind.  Wanting to ask what she was doing, he grabbed her by the hips, but not before receiving a kiss that struck him dumb.  She pulled her ankle-length skirt above her waist revealing her young sister pussy.

“Be my first, brother.  Don’t worry.  After drinking so much, you won’t remember a thing.”

So that was her plan all along.  What a naughty, dirty, girl.  How dare she!   To consider herself a good Christian woman while attempting to get him drunk to screw him with that naughty, tight, untouched, teasing little pussy!

He was so hard that it hurt.

But he must resist.  He must resist how she pulled his cock out for him and how her pussy teased the head of his cock by letting it dip every so slightly into her hole.  Must resist.  Must NOT fuck his own…

Would you fuck a family member?  Especially a cock tease like this?  It’s almost like there is no other choice when one asks for it this hard.  Call my phone sex hotline and let me know!