I Had a HOT, Dirty Birthday Fuck – TWICE!* 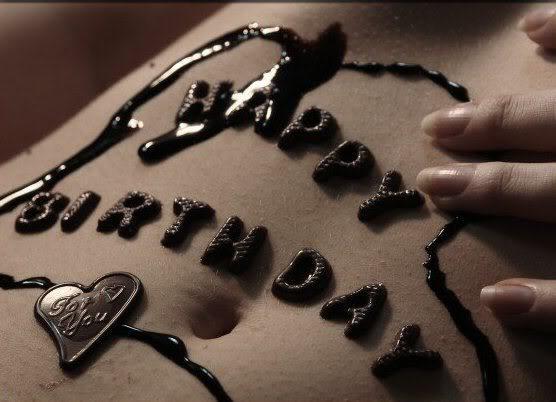 I was a dirty little fuck slut on my birthday.

It’s true! I was SO fucking horny, all day long! The ONLY present I really wanted was a hot birthday fuck! I had plans to go out with some friends last night, so I decided to pay a visit to my weed guy, Brandon. He has the BEST nugs around, and I have to say, he’s pretty easy on the eyes as well! Dark hair, dark eyes, stocky but muscular, not fat. He’s always begging me for a hot no-strings fuck. And I usually ignore him! Not yesterday. 🙂 It took him a while to get it when I used my sexy kitten voice and purrrred about how it was my birthday; then asked if he had a present he wanted to give me!

Once he got it, we went back to his bedroom to weigh out my bag. And by weigh out my bag I mean hardcore fuck in his bed while everyone was in the next room listening! I totally didn’t care, and I know Brandon didn’t either! I’ve never actually let him fuck me before, and we’ve known each other for years! I’ve always enjoyed torturing him more than I thought I would enjoy fucking him. I do love my cock-teasing and petty torments! To his credit, he lasted longer than I thought he would! He pounded my pussy HARD for 20 minutes before dumping a huge load of cum inside me!

I ran home after my first-time fuck with Brandon. I was late, and didn’t leave myself enough time to shower! Just have to go out with his thick creamy load inside my pussy! I pulled on a pair of sexy little black lace panties and matching bra. Then I put on my favorite short, sexy red dress and “fuck me” stiletto heels. I smiled at myself in the mirror as I applied my cocksucker red lipstick – briefly thinking about my new hippie stoner fuck buddy. My birthday sack was tucked away into my red Louis Vuitton clutch. Brandon was a pretty good fuck, but another bonus? I left with double the weed he normally gives me – and he didn’t even ask for my money. Thanks to him, I had plenty of party favors to go around for my birthday!

My bestie came to pick me up (her cheating husband was at home, watching all the kids so she could go out with me. The hysterical part? He was more jealous of ME going out than her! He’s not worried about HER getting laid by some hot guy instead of him. We partied hard and late into the night with some of our other friends. By the time last call came around, we had to ditch her car and take a taxi to her house! When we got there, I decided to just crash for the night.

I was SO drunk – and I didn’t feel like wasting more money on another cab all the way to my house.

As soon as we got in my bestie passed out. She made it as far as the couch before sitting down and passing out – fully dressed. Even her shoes were still on! We just laughed and left her alone to sleep it off. Now here we were; in the house. All alone. Kids asleep and wife passed out cold. Did I dare? I wanted to fuck him. Wanting to fuck him in their bed, on my birthday, while she was asleep on the couch. I don’t give up the pussy to him much anymore, since he got her knocked up before me and ruined my ultimate impregnation fantasy! I suddenly thought about that HUGE creamy load Brandon shot into me earlier; an evil seed was planted in my head regarding the seed that was planted inside my hot little snatch!

I smirked to myself as bestie’s hubby pulled out all the stops to try and charm me.

I finally sighed, and told him I gave up. He was right. I really wanted to fuck him! He smiled and led me to the bedroom, thinking he had won. I let him push me down on the bed, pull up my dress, and tug down those little black lace panties. It was dark, but when his fingers slid into my dripping wet pussy, I knew he could feel that I was stuffed full of cream! I laughed, a little cruelly, when he peered up at me. “That’s right” I said. “There’s been another cock inside that pussy tonight. Deal with it. Further? If you wanna stick it? First you gotta LICK IT. Clean.”

Call me and I’ll tell you what we did for the rest of the night, while his wife was passed out one room away!
(Happy Birthday to ME!)