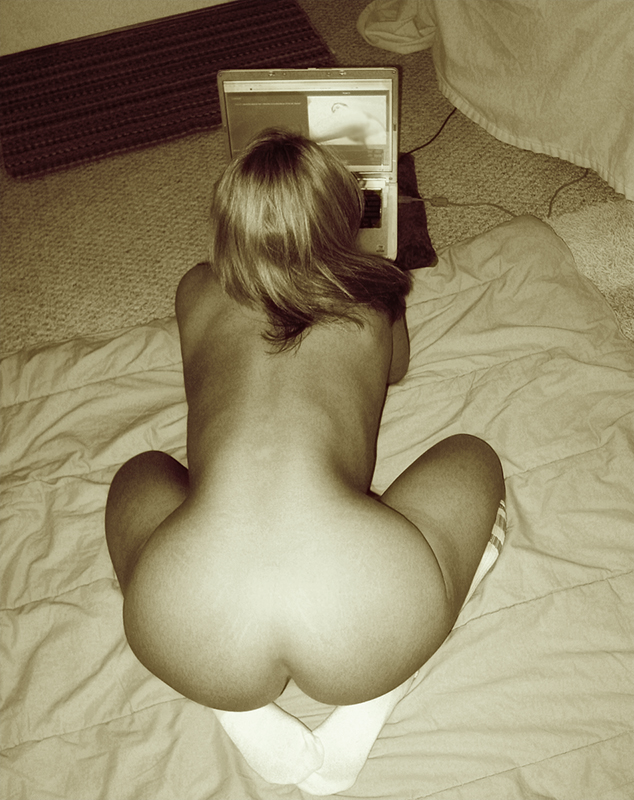 I was sitting at home one night and my cell started to go off. It was an unknown number, saying vulgar nasty things. This guy was being a pig. Sending me dirty photo’s of his giant cock and videos of him jizzing on the camera. At first all I would do was ask him how he got my phone number. But he would never answer me. I wanted to resist him. Tell him to stop. But we both knew how tuned on I was getting.

After about a week, I started to text him dirty photo’s back. Then, video’s of me playing with myself. My sweet little pussy was dripping wet in every video. My nipples were so hard they might of poked an eye out. I got off for him a number of times. Each time tasting my sweet pussy juice. I never saw his face. Only body parts. I wanted him so bad. So I finally asked him if we could meet up. He told me that we can never meet up. If I knew who he was, I would be disgusted.

So I started to tease him only giving him enough to get his cock hard then signing off. I told him that play time is over, I want the real deal. He could only resist me for so long. He agreed to meet me for sex. But we would both wear masks. I was not allowed to know his true identity. I told him that is fine with me as long as I get to fuck you.

So we met at a hotel. It was a nice fancy hotel. I was wearing a black trench coat with nothing on under neath. I had on a pretty black mask. The room was amazing, he even sprung and got one with a Jacuzzi. I knocked on the door and when he answered he had the biggest smile on his face. He let it slip that he has been wanting me since the say my boobs started to come in. I looked at him a little freaked out. I could not believe that this is something who has known me that long and I could not tell who it was.

He led me to the bed, laid me down and started to slowly kiss my body. He took his hand and started to play with my pussy, exactly how I play with my pussy. It was weird because I never showed him all my moves when I would play with myself for him. But he was so good at it I was not going to argue. He kept saying over and over that he has wanted me for so long. He could not believe that I was really here with him.

I began to suck his long thick cock. Taking it all in my mouth, he moaned and held my head tight. I then pushed him on the bed, smiled, and started to ride him. His eyes followed my soft breasts as the bounced up and down. I came almost instantly. But it wasn’t over there. The sheets tousled with our body’s and the light danced across our skin. We lost ourselves in the moment, moving aggressively as we pleasured each other.

Then it happened, his mask fell off and I was looking at a face I knew all too well.

He started to stumble over his words trying to find a way to explain himself. I just smiled kissed his soft lips and whispered in his ear.

“You are a dirty boy. That’s okay, I am dirty too. Mmmm.”, I said as I brushed my hand against his neck. “Always good to keep it in the family. I just wish you would of told me sooner. I have already been fucking Stephen for years now.” I smiled and started to stoke his cock.

“It’s nice to finally have a taste of my sweet younger brother.”

Incest Phone Sex is the best!