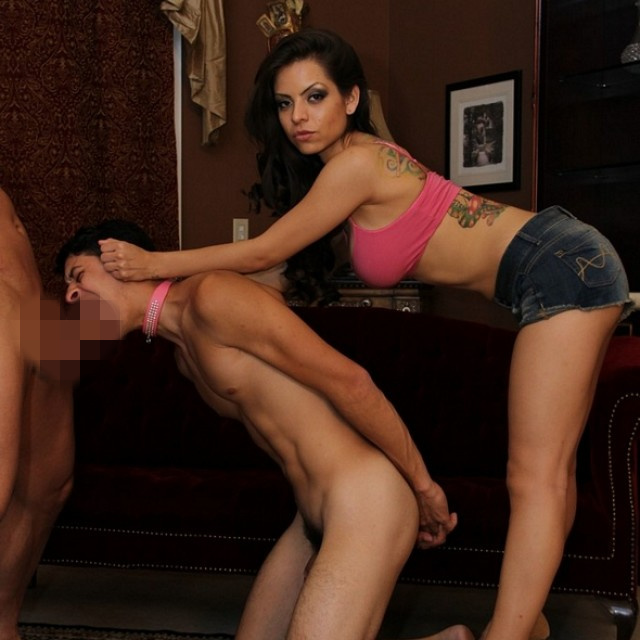 Have a seat because the dick-sucking lessons are in session!

Then, I invited my little nerd friend over, and he already looked nervous. I addressed it. I asked him why he looked nervous, and he just stuttered. He told me that he feared me. Rightly so. I felt amused by his fear. His suffering was quite fulfilling to my sadism. I love the feel of someone quivering in my presence. I loved giving him dick-sucking lessons. So, I walked over to him and placed my hand on his heart. I turned my head to the side threateningly and smirked. Then, I gave him a little pouty face and pinched his nose, crinkling mine at him.

I told him that I had someone  I wanted him to get to know. I knew that he hated my boyfriend already. He would always get a little bitchy when I blew him off to hang out with my boyfriend. A little dick-sucking lesson should clear that up. My boyfriend peeked his head out from around the corner. He waved tauntingly but also kindly. I pulled my little nerd down to his knees. He resisted for a moment, but he knew that it was not a battle that he wanted to pick when I started exerting a real force.

I told him that my boyfriend was homoflexible, and I asked him if he knew what that meant.

He shook his head and looked down, knowing that nothing that I had in store for him would go down easily. I got down on my knees right next to him and yanked my boyfriend in front of us by the front of his pants. He was hard. I told my little nerd that it meant that he likes getting his dick sucked and that he would like it when my little nerd did it. My nerd’s face reddened. He looked in shock but knew better than to protest. He honestly looked like he was going to cry.

I told him to lick the head, and I pressed his head down.