A Dick A Day Keep’s The Doctor Away ♕ 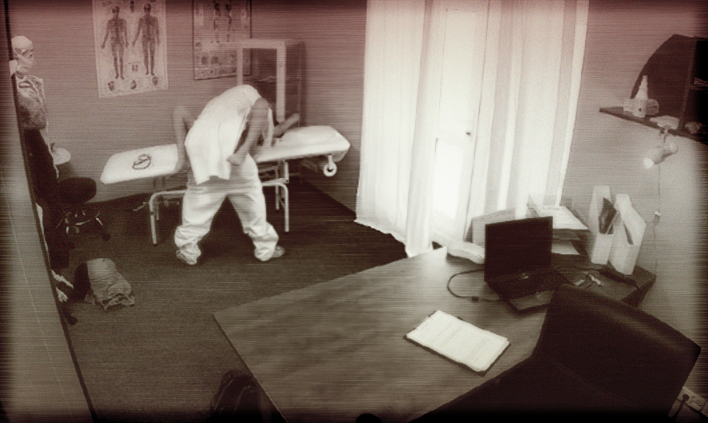 A Dick A Day Keep’s The Doctor Away

When you live near the Mexican border you tend to visit there to get meds, go to the Doctor, or go to the Dentist. They do thing’s a lot different in Mexico, the work is amazing and at a very good price. They are allowed to give you way more meds to numb the pain. I did not speak Spanish so it was hard to communicate. But I managed. I went in for a normal check-up…or so I thought.

I walked into my normal Doctor’s office. The sexy receptionist greeted me with a warm ‘Hola” and I smiled back at her. As I went to take my seat there were three older Mexican gentlemen sitting in the waiting room. They all started to whistle and make comments to me in Spanish. I smiled, I loved the attention. My doctor, Mr. Sanchez came out and called my name. I looked at the other men and told them that they were here first. He assured me that I was next. So I went into the patient’s room and laid back on the table.

Mr. Sanchez then put me under, using some form of anesthesia.

Now, I never really thought anything of this. I always just assumed this was routine because he has been doing it since I was a little girl. When I woke up, the check-up would be over and I would be about on my way. I would have checkups about once a month, sometimes more. Every now and then I would notice men coming in, giving the receptionist money and she would hand them a package, and then they would leave.

I could never really ask what was in the package because of the language barrier. It was not till one day when Dr. Sanchez called me into his office that I found out the truth. I was waiting a long time for him to come in so out of boredom I started to snoop around his office. I found some odd things, a drawer full of condoms, another full of sex toys, but the last drawer…it was filled with DVDs. All of the DVDs said my name on them. So I grabbed one, shoved it in my purse, and hurried home.

As soon as I got home I popped the DVD into my player. It was security camera footage of the patient room, you see me walk in, Dr. Sanchez puts me under, then starts to undress me and touch my body. Now I was not in shock that he was taking advantage of me. I was actually pissed. He should have just asked me. I feel like it is very unfair that he gets to have all the fun while I lay there asleep. So I went back the very next day and confronted him.

I walked into his office, slammed the DVD on his desk, and yelled, “If you wanted to fuck me all you had to do was ask!”

I always enjoyed going to the doctor after that. You know what they say, “A dick a day keep’s the doctor away.”