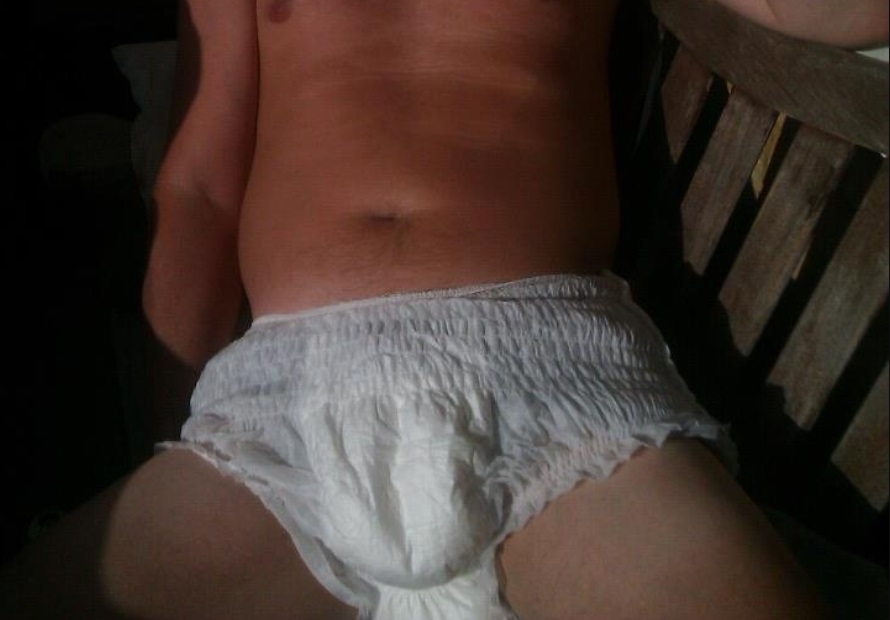 A little diaper fetish for my boy toy.

A diaper fetish keeps my little sub going wild. He’s always had a thing for being a little crybaby, and I know for a fact he’s a masochist. He gets off on having his nipples twisted, his back clawed, and his cock grabbed nice and rough. But it takes a little wilder streak with his adult baby fantasy. He loves the thought of being my baby so that he loses all control. His cock gets rock hard at the thought of me being his Mommy. I think it releases his mind and makes him free to explore all the naughty things he craves, because I’m making him do it.

And he loves being spanked.

He loves walking around, strutting his stuff and his diaper fetish, but he also loves acting like a baby as well. He’ll be bratty, and mean, and fussy – and then I get to be mean right back and spank him. Of course, he does it on purpose to get a rise out of me and bring out that mean streak he craves. Something about it drives him wild, because he’s rendered helpless and completely at my mercy. I even play with him sometimes and make him fit a little butt plug in as I spank him, so he’s even more vulnerable to every light touch and tap.

The party really gets started when I take away his bottle of milk, though. I’ll make him suck on my fingers, and sometimes even on my breasts. I’ll run my fingers through his hair like the good little baby he is.. but of course, sooner or later he acts up and I have to discipline him again!