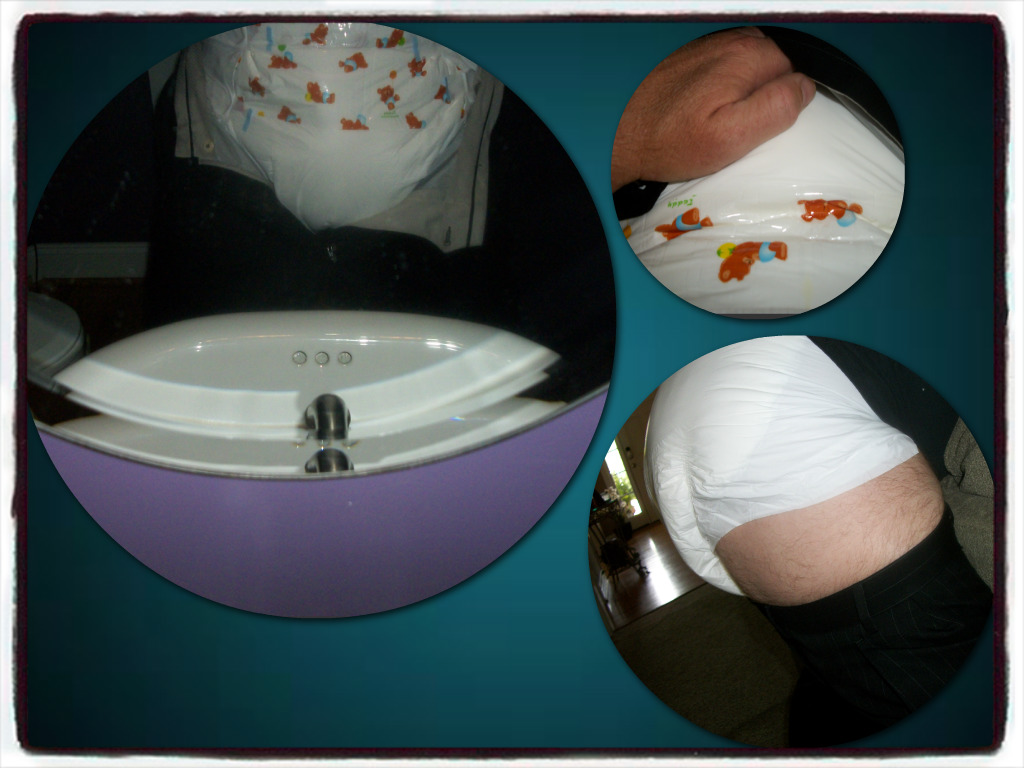 Taking my Diaper Fetish Lover to the Next Level

I text Jason, my oh-so-naughty diaper fetish lover, and tell him that I have something special in store for him. But he has to follow my instructions if he ever wants to collect. I also remind him that if he chooses to accept this mission, then there will be dire consequences if he fails to do as he is told. This was not going to be your run-of-the-mill ABDL diaper punishment. Not in the least.

He replies quickly, stating that he’s “all in”; brave soul…or just really, REALLY horny, lol.  I then text him that tomorrow he has to have a diaper on all day, under his trousers the entire time he’s at work. And that whenever I text or call him, I will require a pic of his trousers open, exposing the said diaper, proving to me that he still has it on.  If he fails to do so in a timely fashion (I will set the time limit for each “request” – the average would be 90 seconds), then the punishment will be…severe, to say the least.

He knows that I have a collection of pics that he hopes and prays will never see the light of day…or be seen by another living soul.  He also knows that when push comes to shove, all bets are off with me.  And he hasn’t even factored in my little “Toy Box”, which can lead to a night of immeasurable pleasures, or of hellish tortures. In for a penny, in for a pound, I guess he figures, cuz he texts back that he understands.

The next day, I text him at 8:15 in the morning. I know he’s just gotten to work, but I want to make sure he does indeed have a diaper on.  And like a good boy, he dutifully takes a pic of his diaper exposed.  I giggle to myself – if he thinks that it’s going to be that easy all day long, he doesn’t know me very well, does he?

But I’ll let my diaper fetish lover have his moment, let him think that this was going to be a walk in the park.

A couple of hours after the first requested pic, I text for another one.  A few minutes later he dutifully sends another one. I leave him alone until 1 pm (the time I know he has a meeting).  This time I call, not text him.  He answers, and I know he’s cringing. He tries to shirk my impending request, but to no avail. I giggle in his ear, telling him he now has 53 seconds to comply.  The next thing I hear is him excusing himself and that he needs to take this call.

As I hear his footfalls speed down the hallway, Jason is nearly cursing at me, wanting to know if I am enjoying this. Of course, I tell him “immensely” between my laughs and giggles. That’s when I hear a door being thrust open, and the tell-tale sound of his zipper being ripped down. A couple of seconds later I receive the pic – him standing in the bathroom with his pants just barely open, but enough to expose his diaper.

I text my diaper fetish lover back with just three words – “just in time”.

The day progresses in the same manner – me texting him, him complying with the required picture.  As his workday comes to a close, I send one final text: per our arrangement, you will receive your special “Treat” when you get home.

As he walked in through the door, I came up behind him. I placed my hand on the small of his back, as I instructed him to walk forward into the study.  Jason sort of gave this little sigh/groan and started making his way into the study.  There, I had him turn around so he could see my new little “toy”.

I explained to him what exactly what was going to happen.

His eyes grew even wider, but the bulge in his diaper was threatening to tear right through his pamper, as he began to remove his trousers.

…yeah, my diaper fetish lover was good with that…

How ‘bout you? You good with that? Then start dialing my phone sex number and let’s have a bit of fetish phone sex fun!!