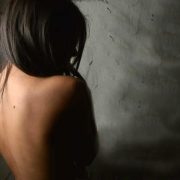 I never intended to fall into Desi Incest Sex. It just sort of happened. When I graduated from secretarial school my future husband gave me a great surprise gift of airline tickets to India. But, there was a catch that should have clued me in on the man I was about to marry. I mean, who the fuck gives airline tickets to a poor student, but NO hotel? Sitting there shocked as shit; I clunked my bags down in the first hotel I saw. I showed them my airline tickets and asked if they could tell me if this was the hotel I was to stay in.

How rude to laugh at me, but I soon learned lots of people find we Americans a little funny. The gal at the front desk of the hotel blushed, then laughed slightly as she covered her mouth in a shy gesture that’s common for women there. “No hotel, Ma’am. This is simply an airline ticket. No hotel included”. She blushed again almost feeling my stress.

What did he think I’d DO in this country with no money?

Well, your girl is nothing if not quick on her feet! So, I walked down the street dragging my heavy bags behind me and found a tea shop and took a seat near the large picture window. I couldn’t read the menu, which was in written in Punjabi. I instantly loved the language because of its lilting sound that instantly makes me feel calmer. An older looking woman came from behind a curtain of beads and jewels. She smiled demurely at me and gave a slight nod that let me know she’d come over as soon as she wiped the small counter down and rearranged the handmade cards laying there.

Bartering for a room in a foreign land.

I walked into what looked like a horrifying scene that would be perfect for a Hostel movie! No, no. I mean it! This place was straight out of that movie and I did an audible “GULP” before I ever spoke a word. An old man came out from behind another beaded curtain. Only this one wasn’t at all lovely and neither was he. His dirty khaki pants had visible cum stains on them. He offered a ready smile and asked in English if I needed a room. I smiled gratefully at him for speaking English. I told him that I did need a room, but I had no money because I believed my hotel to be included in my flight.

He smiled then gave me a long appraising look, stepping back to get all of me in. Then, he smiled and nodded at me. My heart both lifted and dropped all at once. Happy he’d work something out with me (maybe cleaning that dump up for him?) but scared shitless at what the art of the deal would be.

Never look a gift horse in the mouth, huh?

He sat down and put his cracked hands on top of mine. He spoke enough English to make his point. He’d give me free room and board if I took “special care” of his lower-level clientele. I didn’t need to ask who exactly that would be because just then the beads parted and a dirty young man came through giving me the once-over. Maybe I blushed, or maybe it was his aroma. I felt nose hairs dying off. His saving grace was he was gorgeous, as most people in that area of the world tend to be.

My intro to desi incest sex was crude at best. The stud walked over to our table and stood next to us. The “owner” said to me “Pleased to meet your new “brother”, Miss.” I furrowed my brows and asked what that meant. He told me that I would be primped to look like a desi girl and this new “brother”, Sanjay and I would perform for the filthiest brother/sister act in Punjab. As a matter of fact, once they gave me a good spray-tan and darker hair coloring, we became the hottest duo around. Welcome to desi incest sex.

Oh, I know how to get the maximum cum shots, believe me! Sanjay would eat my pussy in the middle of the room while I watched the men around us jerking their beautiful brown cocks. Then, came the group participation round where anyone who had paid the admission fee could fuck one or both of us until they blew their loads. Sanjay is a switch and he does everything, as do I. We earned our keep that whole year I stayed in India. I learned some of my best moves anally and orally. My pussy was never banged so good and I miss it. Oh, Indian men have beautiful cocks and need regular injections. The things I could tell you about my adventures. I brought a taste of the west to that small town.