Demon fucking, the kinkier side of summoning a demonic spirit* 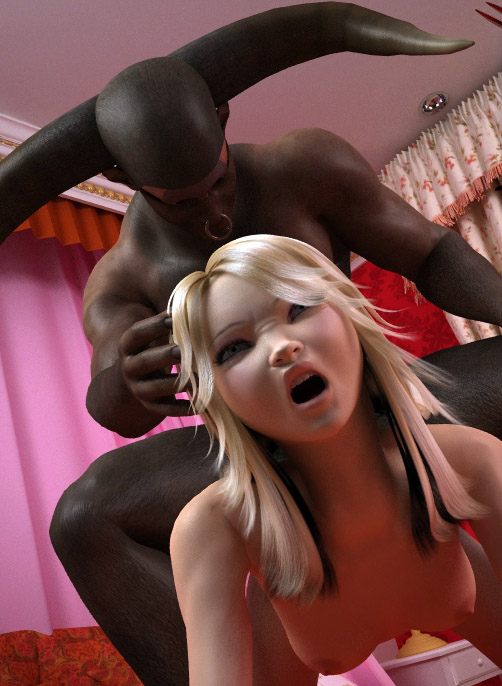 Demon pushed into me mercilessly releasing a growl that shook me to my very core. Pain and a pleasure I had never felt overwhelmed me. Without giving me time to adjust the demon pulled back and impaled me once more. A crushing wave wracked my body, as I felt every muscle inside seize. The feeling only escalated as my body lifted from the bed. I pushed my breasts up towards him, painfully aware of my hardened, neglected nipples. As if sensing my need, his lips captured my breast and ruthlessly sucked my nipple into his mouth.

I felt my arms release as I pushed my fingers through his hair and pulled him into me. My hips rose and fell as every nerve in my body burst with pleasure. I felt my pussy clamp down and release his cock over and over as he held himself still inside of me. My body begged for more, before it had even settled, and he obliged, forcing himself into me with a steady, deep rhythm.

Each thrust sent smaller explosions through my body until I felt myself climbing once again. I grabbed the demon by the face and pulled him toward me with a primal need to suck and lick, as I found his mouth. I kissed him making him growl. As his head moved lower and his tongue licked my throat, I felt a pressure build between us. His thrusts became deeper and faster and his breathing increased. His hot breath against my throat made my back arch, as if offering myself to him.

He pushed his body against mine and I could feel his hard, defined muscles, creating an insatiable need to touch him. His scent was so intoxicating, I could almost taste it as I dragged my lips across his skin.

My hands dipped between our bodies and I felt him. I felt every ridge that made up his strong muscular body and I dug my nails into his skin in an attempt to pull him deeper inside of me. Again he obliged, fucking me harder and deeper until I felt every muscle in his body harden as he pumped into me. An unnatural, deep, guttural growl reverberated through me. I felt a burst explode inside me, filling me completely and sending me into complete ecstasy. All in an instant the muscles inside of me squeezed his cock and held him until I felt myself being filled again and again as my pussy milked him.

“Mmmmm” the demon growled, pulling my body onto him one last time as if admiring his own conquest.