She Delivered Pizza & Then Forced Into Sex! ♕ 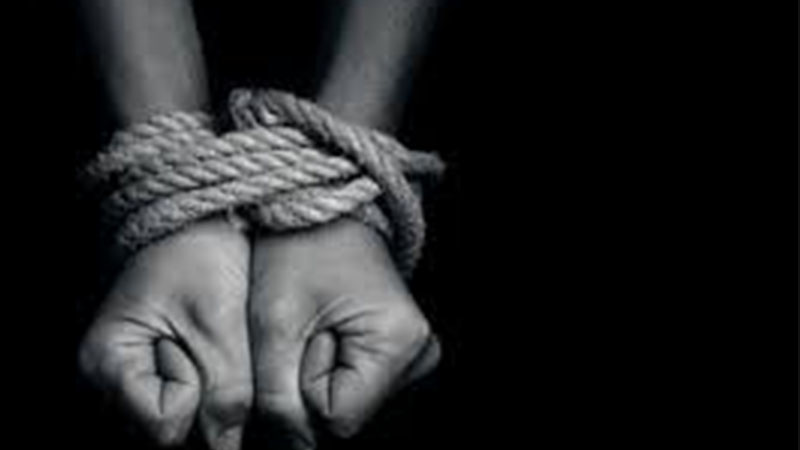 She Delivered Pizza & Then Forced Into Sex!

Britney had just barely turned 21 and was trying to work her way through college. She was forced to take odd jobs here and there trying to make ends meet. It was difficult some days, but her good grades always made it worth it. One odd job she took on was delivering pizzas. She had a reliable car and figured it couldn’t be that hard. Her first few days went great so she decided to stick with it.

One night Britney was given a pretty large order to deliver out in the middle of nowhere. No big deal right? Little did she know her night was about to get crazy. She walked up to the front door and knocked…waiting for it to open. A man in his early 30’s opened the door and just stared at her. She was starting to get very uncomfortable. He insisted she bring the pizza inside cause he’d “hurt” his arm. As soon as she was inside the door, he forced it shut and locked it fast.

Another buddy of his walked out from the back room completely naked and with a hard cock. She dropped the pizzas and started to grab at the door. The guy who had answered the door threw a blindfold over her eyes and pulled her into a different part of the house. She woke up tied to a bed and terrified. They must have drugged her in order to get her into the room. She was completely naked freaking out. She tried to scream but couldn’t due to a ball gag being in her mouth.

Britney could hear people moving around in the room but couldn’t fully figure out where they were at.

In a quick moment, the blindfold was pulled off her face and she could now see three men, naked, hard cocks, standing before her. Her legs were spread wide, exposing her tight, bare pussy. A look of shock and mortification ran across her face. She tried to speak, but again couldn’t.

Taking their turns each man mounted the bed and fucked her like a wild animal. They forced themselves into her ass and pussy, loving hot tight, and wet she was becoming. At one point Britney was actually enjoying the men and the big cock that was inside of her that she came on him. That’s when they knew they had a new fuck toy! She no longer was being forced into the sex, she was giving it willingly. They untied her and she participated in the wild fun.