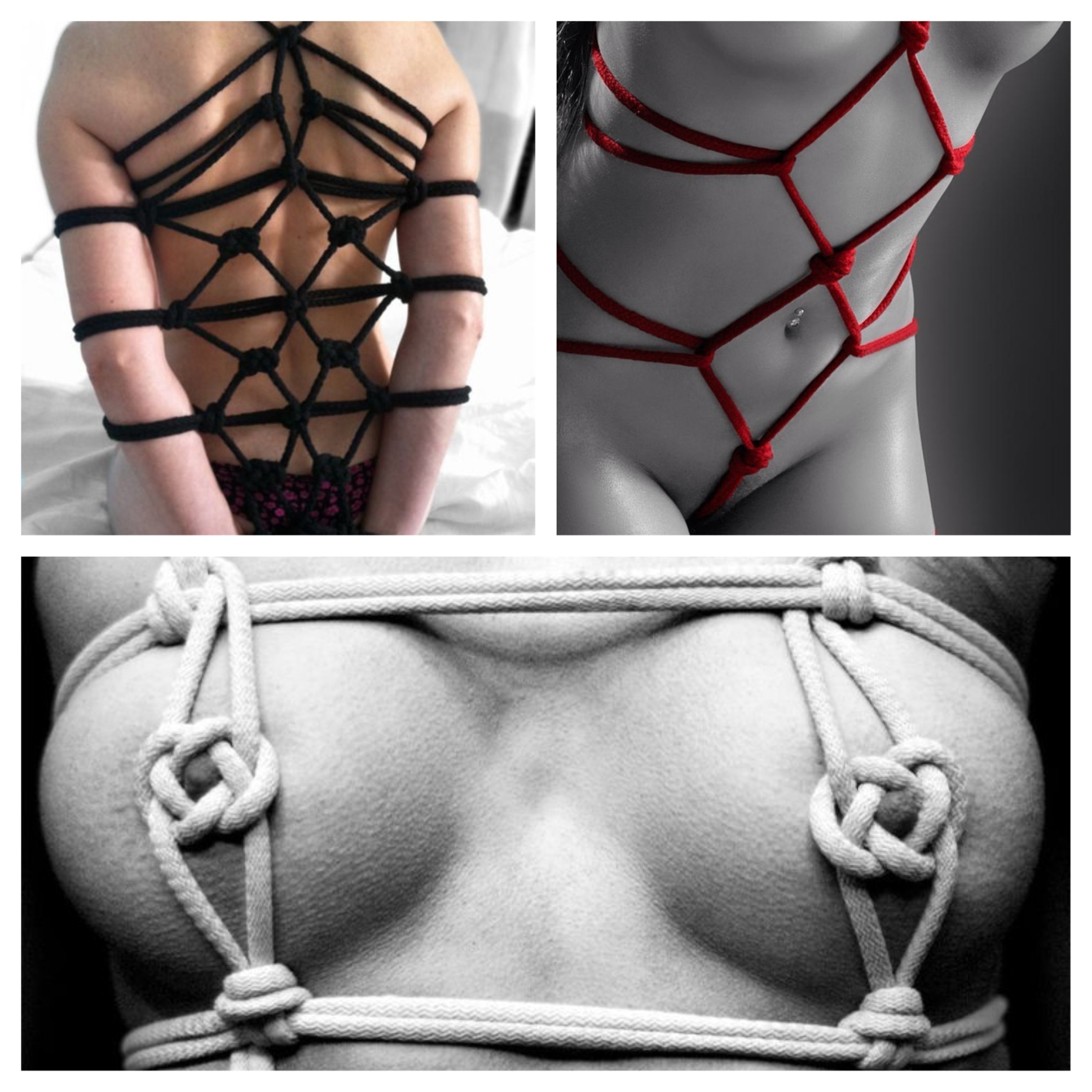 When the “50 Shades of Grey” trilogy came out, everyone was aflutter.  Women were buying it for fantasy masturbatory material.  Men were buying it to see what the fuss was all about and possibly to add new scenarios to their arsenals.

Now that the movie is slated to come out next year, which caused a renewed interest in the books, I thought that I would devote my first several blogs to some of the themes captured therein.

There are 4 types of Bondage: Decorative, Punishment, Film and Meditative.

Decorative Bondage, more commonly known as Shibari or Japanese Rope Bondage, is very time consuming and not usually used for “play”.  Shibari is mainly used for “display”, like in cases of dinner or cocktail parties.  Slaves or subs are bound using the elaborate knots and then placed around the party area, like living pieces of art.

To enhance the idea of “slaves as art”, many colors of rope or multiple knot styles may be used.

Another form of decorative bondage is Shinju or breast bondage.  This consists of the arms being restrained more towards the back, causing the breasts to be thrust forward more prominently.  Sometimes, nipple clamps or knots around the nipples can be added to heighten the visual effect.

Come back tomorrow for Punishment Bondage 😉