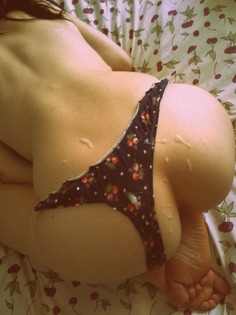 I thought it was sweet that daddy was peaking in to make sure I was sleeping well. Or checking to make sure the covers were pulled over me. He came into the room and kissed my forehead. Then he kissed it again and rubbed my left cheek. Daddy really loved me. He watched me sleep for a little while before he pulled my covers back.

I had a habit of only sleeping in my underwear. It was a weird teenager thing. I was a little embarrassed that my dad was seeing me like that while I slept but I giggled because in the video he was smiling. After watching me for a while, I noticed that he started to unzip his pants. He pulled his cock out and started to jerk it off over me while I slept. I was such a hard sleeper that I had no idea that he was standing there.

I didn’t even feel when he put his fingers down my panties and started to stroke my pussy at the same time that he jerked off his cock. I moved a little bit, but I never woke up. Daddy finger fucked me, at first slowly and then faster and faster. He knew that I wouldn’t wake up. How many nights had he been doing this to me? My body squirmed a little because obviously I thought that I was having another “wet dream”. The reality was Daddy was fingering me so good that I came super hard all over his fingers.