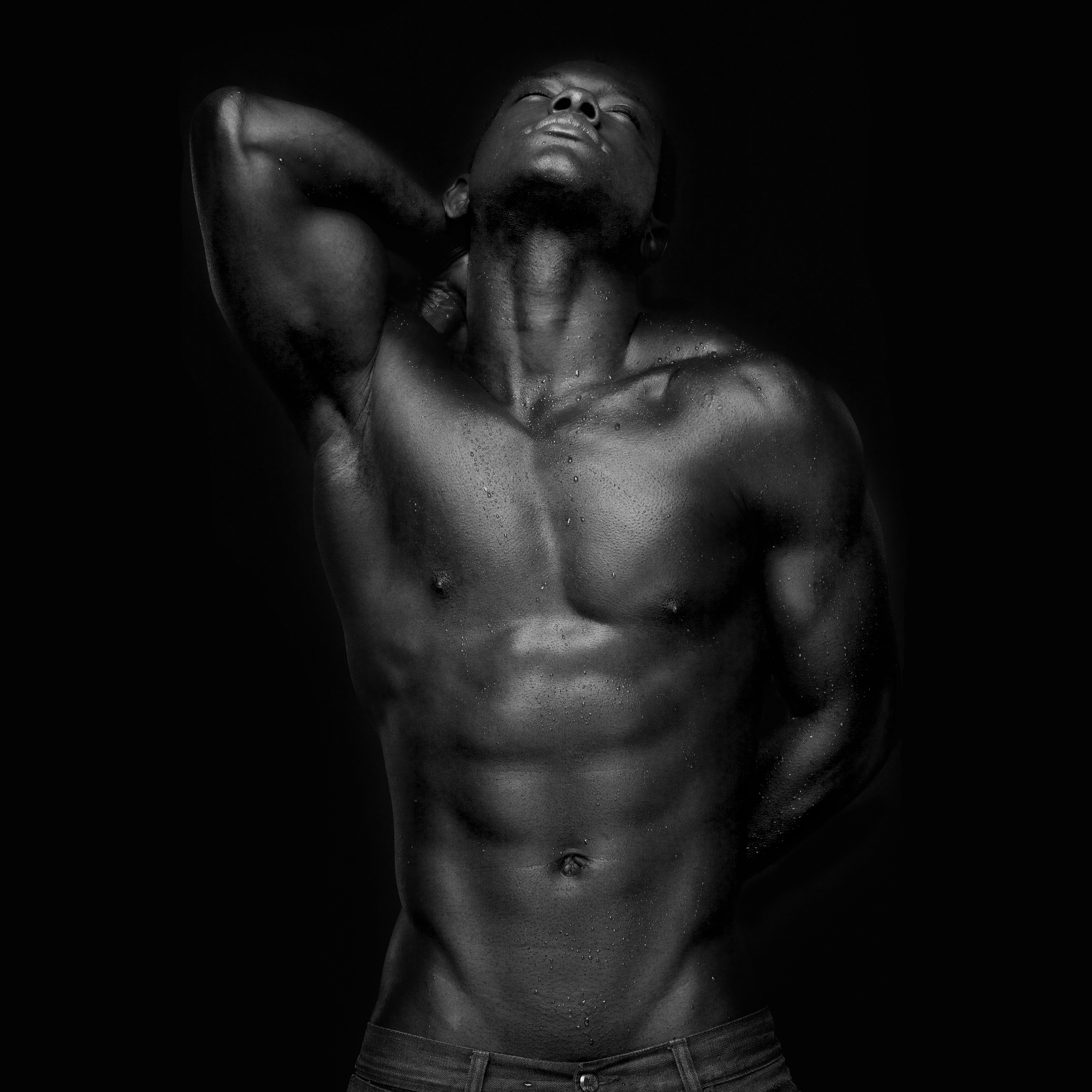 Derek’s real saving grace in this time was that he loves eating pussy.

After about six months together we moved into a condo and our sex life was him on his knees at the edge of the bed sucking my clit as if his life depended on it while he stroked his little dick. This is where our cuckold sex story begins. He was such a good boy that he’d always make sure I finished even after he spilled his little load all over the floor. We were happy like that for a while. It certainly didn’t bother me that I always could come home to a boyfriend just begging to give me some head. Let me tell you, nothing beats riding a man’s face to orgasm after a thirty-minute spin class. Really loosens the muscles up. That was all fine, but sometimes a girl needs to be filled.

Marcus was recently retired from the NFL. He wasn’t a big star there, only spent four seasons in the league, but in our building, he was the biggest star around. In more ways than one. It didn’t take long for me to start fantasizing about those chiseled abs and that bulge in his sweatpants while my little dicked white boyfriend polished my pearl every night. Eventually, it just happened. One night, when my boyfriend was working late, I slipped on some black thigh highs, a matching lacey bra and garter belt, some very sexy heels that Derek had bought for me that week, and marched down the hall and knocked on Marcus’ door.

I got my fill that night. Marcus filled my mouth and my pussy with his massive black dick.

It was a struggle to take it, but I lost count of how many times I came. By the time I got out of there, I could barely walk and collapsed on my bed. Well, when my boyfriend came home and found me in that outfit he just figured it was a treat for him. He got down on his knees just like all little dicked white boys should and started eating my freshly pounded pussy. I almost stopped him, but he is very talented with that tongue and didn’t seem to notice the two loads of cum that Marcus had pumped into me just an hour before.

That got me thinking about two things. The first was how good it felt to have Derek sucking on my clit. It was so sensitive after the marathon fuck session I had just gone through with a huge BBC (big black cock) attached to my very sexy neighbor.

Right then and there I put my theory to the test.

Well, true to form he shot his puny load early. And all over my shoes. I just lifted them to his mouth and told him to clean them up. It took another two weeks of this every night of me getting blasted by the BBC.

He’s such a good boy now. He only complains when I swallow Marcus’ seed and he doesn’t get to taste it.